BLACKCHAPEL FLANEUSE
(WHY ON EARTH WOULD I WANT TO BE A FLANEUSE IF I CAN BE A GLANEUSE?)
Photographic silkprints, duo-tone, 150 cm x 50 cm

This photographic collage inscribes walking and the collecting  of images in a temporal space construction within Whitechapel’s market when I lived in a nearby building and would come by in the afternoons, with my camera, the stalls boasting with women strolling in the hijabs' market. I would wonder around, photographing and feeling this might be what a female flanerie looks like, women both looking at each other and being looked at, within the protected veil of the hijab. Are we the Whitechapel invIsible flauneuses, I asked myself?
I saw a gendered appropriation of public space,  a playful subversiveness of  the dark Whitechapel wound culture which is still so wrongly attuned to the celebration of Jack the Ripper’s crimes.  This unique way of sharing the urban realm with my sisters required a revision of the term used for the male urban flaneur, to take it further than a simple feminisation of the word: “In the end after all the discussion about women’s access to the practice of flanerie: Why on earth would any woman want to be a flaneur?"  asks Janet Wolff (in Gender and the Haunting of Cities; or, the Retirement of the Flâneur (2006).
If we understand the city itself as a narrative device we may begin to entertain other counter-narratives - to confront the shadows and obscurities, the dark silences and the ghosts. Agnes Varda, used the term glaneuse: ‘to glean’ is collect what is left behind after a harvest. In the film Les Glaneurs et La Glaneuse (The Gleaners and I, 2001), Agnes looks at herself as a gleaner: cinematography (and photography, in my case) is as much gleaning as picking up a piece of fruit to eat. Why on earth would I want to be a flaneuse if I can be a glaneuse?

Published by admin in EXHIBITIONS, PHOTOBOOKWORK 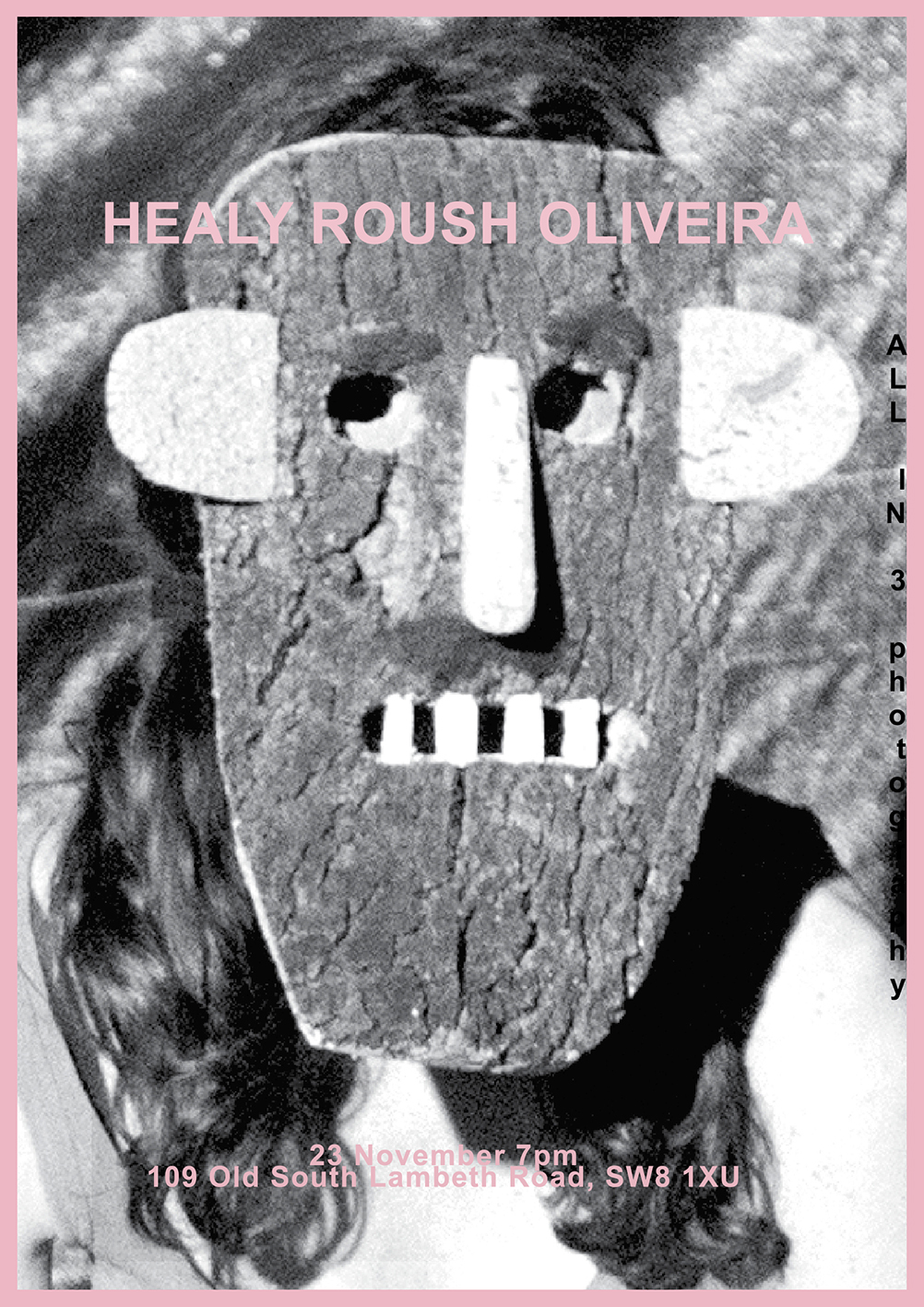 Dearest,
The third show & party in the a l l  i n  series is happening this Saturday!
This time my guests are two London based photographers who use and explore the photobook as the favourite format for their work.
paula roush mostly through msdm studio is a well established, leading practitioner and lecturer in the field, the author of mesmerising "photobookworks" and projects using both her own images and what she has termed "orphan images". Without too much exaggeration, paula is one of the most knowleageable and exciting photoartists working with printed matter. In the show she will present images from her series 'Paintball Field', which juxtaposes old masks and rituals originary from the now desertified interior villages of central Portugal and contemporary forms of entertainment (paula's image on the invite).
Pippa Healey is a relatively (hyper active) newcomer to the photography scene who has very quickly made an impression with her zines, which have been awarded with several prizes and are hold by important collections. Dealing with the difficult themes of grief, violence and loss, her subtle, pensive images easily take us on our own journeys to the moments we rather not remember to provide not grief but a surprising relief through the sharing of feelings which are mostly unspeakable. On Saturday she will present an installation based on her work titled 'Don't Come Looking for Me', which deals with memory and the return of the repressed.
Because 3 is a magic number, I will be presenting a mural titled 'One Month', where i turn the camera inwards by surveilling an entrenched everyday habit.

Come for an evening and night of music, food, drink around photography and more.
All in, all welcome!

Published by admin in EXHIBITIONS