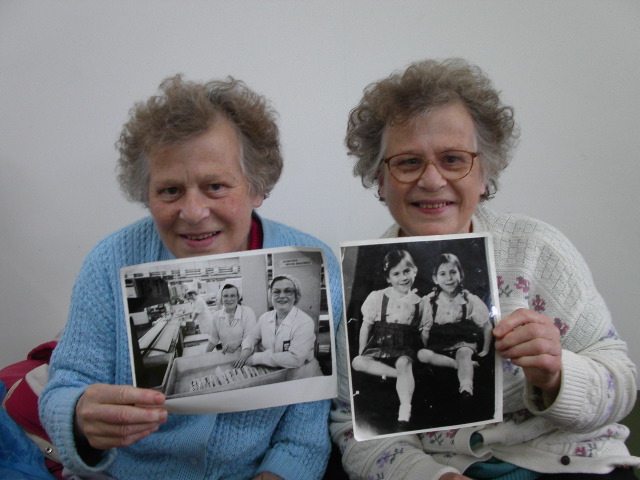 paula roush's new project set up in Coleman Project Space, in Bermondsey London (...) consists in 'building a new memory factory in place of the former Peek Frean's Biscuit Factory, announced as 'a reopening of the factory for one week only as a memory factory' in order 'to investigate the utopian potential of placing the discourse on globalisation of memory at the intersection of tourism, urban renewal and cultural property rights'. The project carefully investigates the factory's history and establishes with the later generation of factory workers, who participated in the workshops in order to license their memories under special conditions, since the memory factory is open as a bureau for memory work.

Participants arrived with memorabilia which filled the project space turning it into a very interesting show, consisting of selected photos, clothing, gifts, books, films, sound samples and journal entries that mapped the space of memory. The further step was the 'licensing of these memories following the creative commons deed in order to order to offer some of them to the cultural memory market'.

Can the 'immaterial labor' be understood as the one existing as a memory bearer by the one who turns it into the cultural artifact? Interestingly enough, instead of ending the project of capitalism 'by digging it's own grave, the pre-eminent form of 'knowledge industry' expands it to the global degree and creates the spectacle where life and work are seen as one. (...) This event is an interesting continuation of roush's ongoing research on work, labour and the transformation of these themes during the global cultural industry.