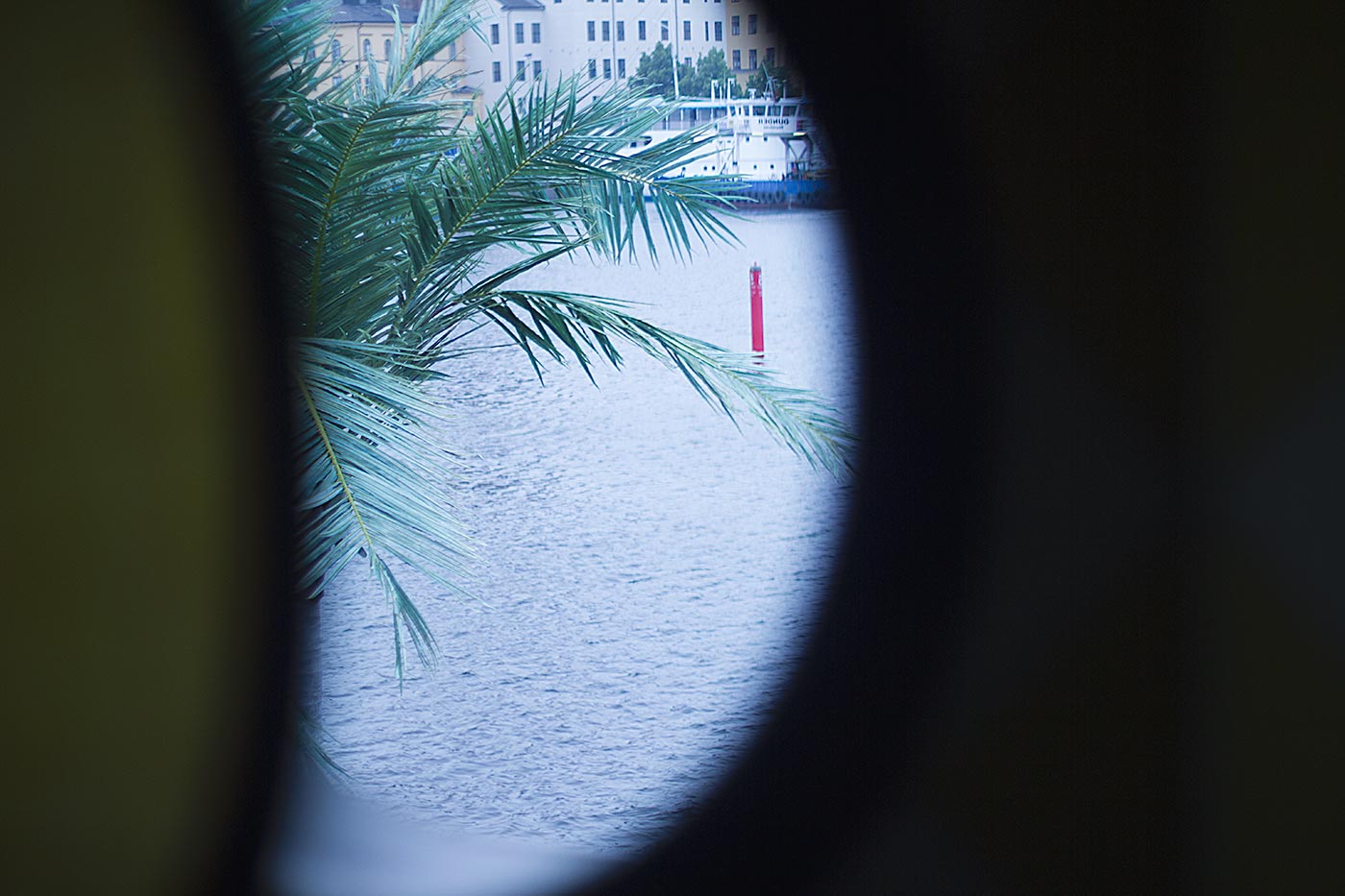 Nothing to undo, Meg Beaumont

“There were no ‘on the road’ shots. We flew from Malmo to Stockholm and back. We were not travelling in our ancestors’ land. We were migrants living away from our home countries, travelling in a foreign land.” And thus begins paula roush’s photo-essay nothing to undo – a simple concept that belies the complexities of an art practice driven by research.

In part, nothing to undo is inspired by an American counterpart that happened – or almost happened – in the mid 1930s. Berenice Abbott and Elizabeth McCausland hoped to secure funding to produce “Not a picture book, not a treatise or a burst of splendid rhetoric with illustrations, not a series of beautifully reproduced plates with tabloid captions and tricks of montage, but a book with words and photographs marching along beside each other, complimenting each other, reinforcing each other…” This they wrote as part of their book proposal  – one that never got funded, but could easily describe paula’s work – that of a photo textual essay, produced in collaboration. Why, might one ask, is a relatively obscure and ultimately unfunded photobook one of the driving forces behind paula’s contemporary work? “If Abbott and McCausland remain a vital reference to me in the photographic and photobook road-trip, it is because they provide a counter- space to the hegemonic and patriarchal mythology of the pursuit of male self through the road.”

The book cover’s undulating image of seaweed washed-up along Malmo’s harbour leads the reader through a meandering and self-directed path. “The reader has the option of turning the pages to move back and forth, approaching the narrative’s timeline from different angles and directions. In its materiality, in the folding and unfolding, the book places the reader in a multi-view point, presenting an alternative perspective to the historically singular ‘national gaze’.”

“I am increasingly convinced that the photobook is less and less about traditional conventions of photography and more and more about the materiality acquired by photography when it crosses the threshold of the book with its micro-politics of reproducibility, affordability and portability.”

As well as being a book about photography, and memory, and migration, nothing to undo is also a book about photobooks and artists’ books and the divides and similarities between them. paula teaches a photobook module at the London South Bank University every year and nothing to undo is in part a project that is born of her experimentation in the medium of bookbinding – what appears to be an organically bound and ordered form has in fact been meticulously planned and developed, helped along with students’ feedback during the twelve weeks of the module.

One of the core themes in nothing to undo is of migrants and the act of migration – more prescient now after 2015’s harrowing refugee crisis, still ongoing and escalating. “There is a very intimate moment in the book, intimate in the way the reader is invited to handle the page and the fold, and that can be felt as a direct reference to the refugee crisis in Europe this summer that you mention: it is an insert of an image of migrants on a boat and this small fragment is placed over an image of Malmo’s harbour, in a way that it can be flipped through.  It is an archive image of Estonian Swedes fleeing Soviet occupation of Estonia for Sweden. It appealed to me for its similarity to recent photos of Syrian migrants arriving in boats to the Greek coast, whilst referencing historical shifts in perspectives on who is seeking refuge and who is the host country.”

“The book is indeed a reflection on the process of migration, the present moment of two migrants travelling in a foreign country and the shift between two forms of essaying: the textual and the photographic and my attempt to reconcile these two languages, the written and the visual in the genre of the photo-essay. It is a book about distance, the condition of being far off, remote, and the visual structure of the book is made of distances: the space between countries, historical times, people, the photo and the text and the photographic fragments themselves; However, when you’re in the book and you’re reading it, it doesn’t really appear to be about migration, it may appear to be about documentation, or about memory, and that is what a photobook does best: it invites the reader to connect with broader ideas pretty quickly, visually, instead of staying with a closed perspective of the concept and research.”