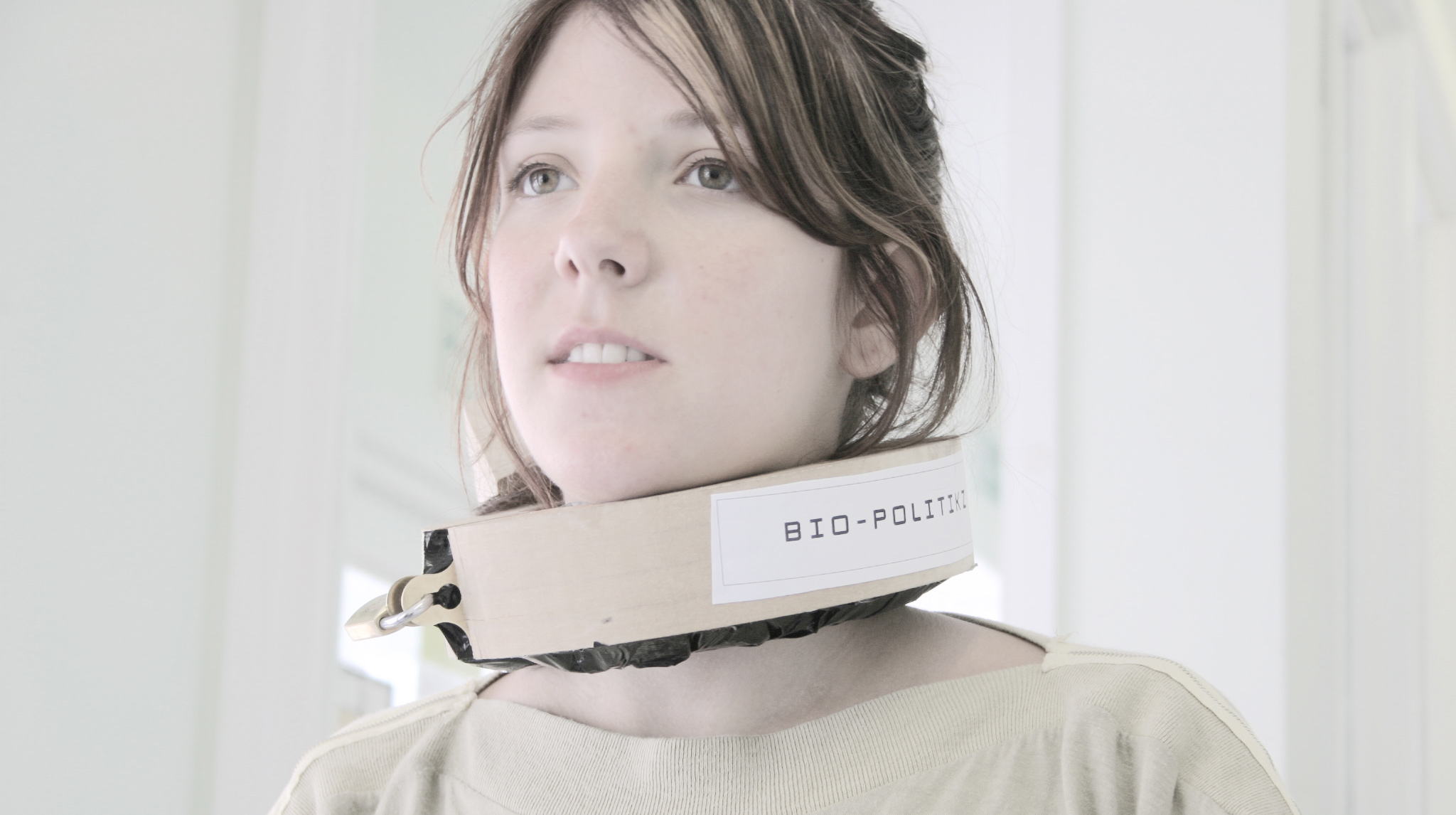 INTRODUCTION
Watching Europe and Beyond: Survellance, Art and Photography in the New Millenium here

History is full of examples of the surveillance, scrutiny, persecution, and involuntary exposure of ethnic and sexual minorities specifically and women in general. This continues in the present, now with the use of new, overlapping technologies for tagging, tracking and mapping.
British sufragettes, who fought for women’s right to vote in the early twentieth century, were regarded as revolutionary subversives and many of them were placed under surveillance, arrested and forcibly photographed by the police. Evelyn Manesta is one such example. She resisted being photographed by moving her head and body so much that a prison guard had to restrain her by the neck. This is the story paula roush reminds us of in her performance work Bowville whose main character – Marion Manesta Forrester – is named after three sufragettes. The work unites the past and the present as Marion Manesta Forrester is electronically tagged using a method tested by the British Home Office and developed by major UK security companies. She has three days to earn her citizenship of the fictional Bowvile. In roush’s work, the literal long arm of the law, which was erased from the ID photograph of Evelyn Manesta taken by the police, is symbolically represented by the tagging device around Marion Manesta Forrester’s neck. Punishment control ad biopolitics are thus united in automated technologies, which, whilst they might be new, are clearly historically rooted in police photography and registration by the authorities to marginalize undesirables and new arrivals.
Louise Wolthers