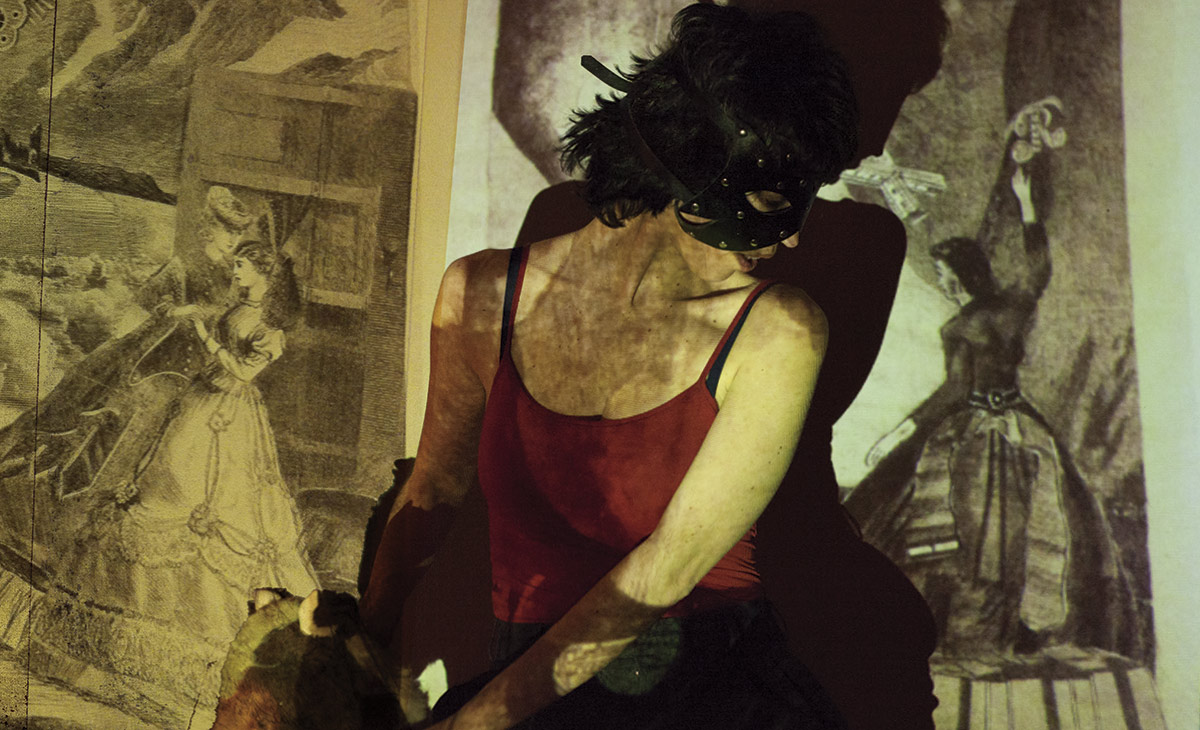 Fatal women and others as such, Luisa Soares de Oliveira

Fatal women and others as such: A visit to the surrealist museum through collage. Luisa Soares de Oliveira, Ipsilon Magazine, 2013

They are two artists who, as now and increasingly common place, living out of bounds, in this case in Great Britain: Maria lusitano and paula roush, who exhibit together since 2009, opted for professional reasons (a PhD for the first, a university lecturing job for the second) to leave the country, which does not mean to abandon the regular presentation of their work in Portuguese institutions. If Lusitano accustomed us to her work in video, always with a strong narrative component and anchored in personal or historical memories, from paula roush we knew her taste for the artist’s book, a practice that in the last two or three years, has come to interest more supporters among the younger generations of artists. In this exhibition, entitled Queer Paper Gardens, we find these two disciplines combined with the educational component that is now so present in the lives of the two artists: the show includes creative workshops for the public, who can experience the process of collage, the same that is at the roots of the work displayed here.

The room Cinzeiro 8 at the Museum of Electricity has the dimensions we usually associate with a gallery rather than a museum. Therefore the works, all on paper, based on images taken from some old illustrated magazine or photo albums of unknown provenance, when not ink drawings ink on paper, can be viewed with care, and even be the subject of an assembly where the parts overlap, pile and exhibit obsessively. Like a dream.

The comparison is not involuntary. Lusitano and roush sought illustrious precedents in the history of collage, namely Max Ernst and Valentine Penrose, two Surrealist artists who practiced collage in the creation of novels, and the association of unusual shapes and motifs to arouse the imagination, as it was dear to Breton followers. Max Ernst, firstly, since 1921 but especially since 1929, when he publishes La Femme 100 Tetes, created pieces where the female figure appears in the ambiguity of the stereotypes associated with the image of women by the bourgeois culture, both Eve and Lilith; this project would later develop in Une Semaine de Bonte, 1934, the work to which the artists refer specifically. As for Penrose, who was married to the British poet and painter of the same name, published (amongst others) Dons des Féminines in 1951, adopting the same kind of collage as Ernst but giving her work a feminist vision that was absent from his and the lives of the Surrealists of the times.

The artists’ collages on paper, as well as the video or the books that they show, emerge from this last work: after all, the film - video or not - comes from a fundamental process of editing that is no more than a collage of disparate sequences to obtain a significant end result. Images of women crystallized by cinema, revealing the double meaning as quoted above between the femme fatale and naive young woman, in a succession of double fast paced sequencing, stress the principle of surrealist collage, which is also enhanced by the presence of a collection of disparate chairs in ruin, where the viewer is implicitly invited to seat. In other situations, it is clearly personal photographs that were worked by artists with a view to obtaining that difficult opening to another world that Surrealism sought.

And not even a note of humor is missing, always present in any surrealist exhibition in the middle of the twentieth century: a fox teddy dressed in pants and jacket is sitting on the top of a table in the exposition. I sense the artists had fun creating these works. It is impossible not to see them with a smile, much more than with the surprise or scandal that their ancestors raised in the epoch in which they worked. As surrealist collage emerges from a specific historical timing. The project does not claim its belongings to a movement that had its epoch and its context, and is today irretrievable. Lusitano and roush know that. Their proposal is a different one: to update the freedom of artistic creation and practiced by Ernst and Penrose, a freedom that passed also by the choice of a technique that did not belong to the illustrious painting or sculpture. Moreover, the book as a means of artistic diffusion was also far from the weight of the museum or the art gallery. Interestingly, in market terms, things have not changed that much in the almost hundred years that separate us from Max Ernst; neither the work on paper, nor the video art or the artist’s book, reach the price values of other techniques. What has really changed, or at least has started to change significantly, is the status of women, and the increasing distance that separates us women from the original images that inspired the artists.