A field of interconnected realities 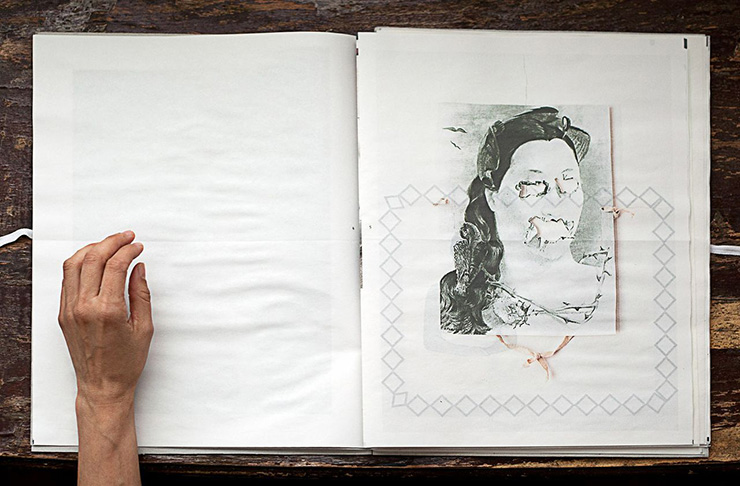 A field of interconnected realities Field #1 is for the first day of the week, Sunday, and its element is The winged domino. It presents a selection of historical portraits where Valentine Penrose posed as artist’s model. It is subtitled The muse’s productive mimesis and the centrepiece is The wings of history that we consider to be a series of genealogical portraits with a disturbance of meaning. 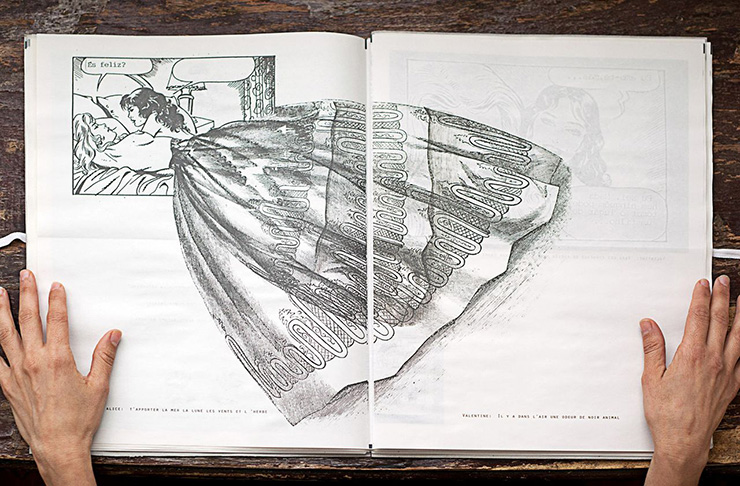 A field of interconnected realities Field #2, the day of the week is Monday and the element is Gay pulp (or the penny dreadful), mimicking Ernst and Penrose’s collage method that used cut outs from popular and alternative press. The example is Valentine and Alice become mothers, a fictional narrative that situates them in Lisbon in the 1980s, living together and trying to have a child by using a sperm donor. Vintage lesbian pulp is weaved with an intertextuality ‘a deux’ found in the writings of Valentine Penrose and Alice Rahon. 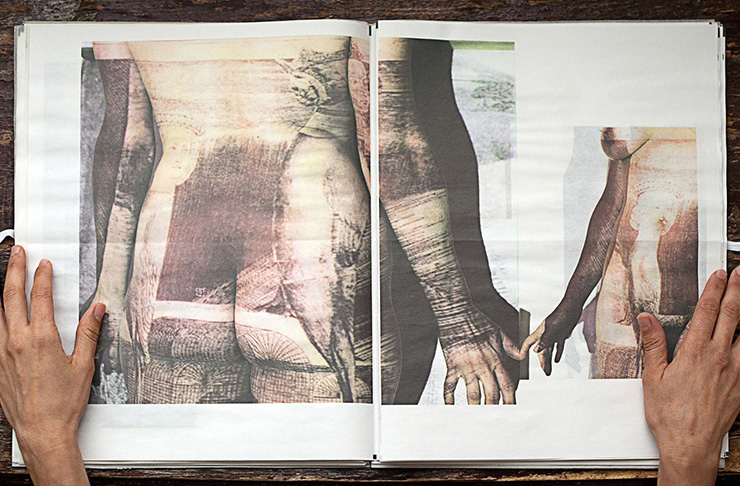 A field of interconnected realities Field #3, the day of the week is Tuesday, the element is the collage-novel and the example is Dons des Féminines. Traces from Dons des Féminines are projected onto the skin, exploring the moment when the virtual page disappears into the body. It is subtitled A feminisation of meaning, and functions as a dialectical speculation on time, memory and the future of the book. 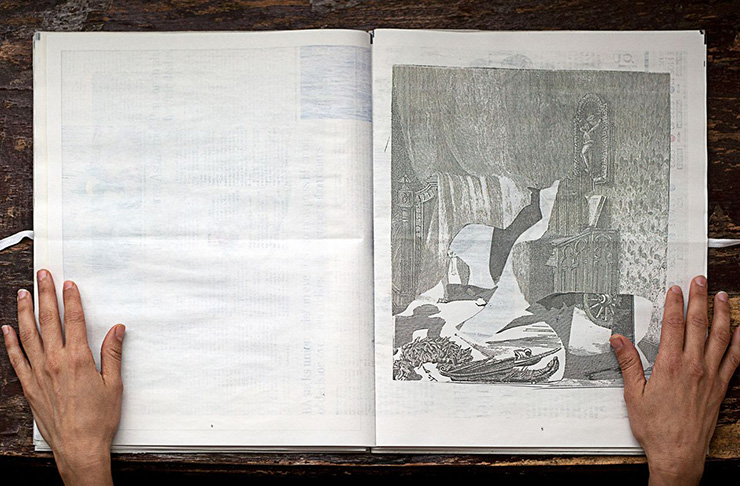 A field of interconnected realities Field #4, the day of the week is Wednesday and the element is The western codex. The example is Une Semaine de Bonté. Subtitled Une mise-en-scéne of the unconscious, it juxtaposes ruins of the Victorian domestic interior found in Max Ernst’s collages with other outdated domestic and gendered elements found in vernacular press. This volume explores the tension between the original and the copy and the lack of differentiation introduced by industrial printing. 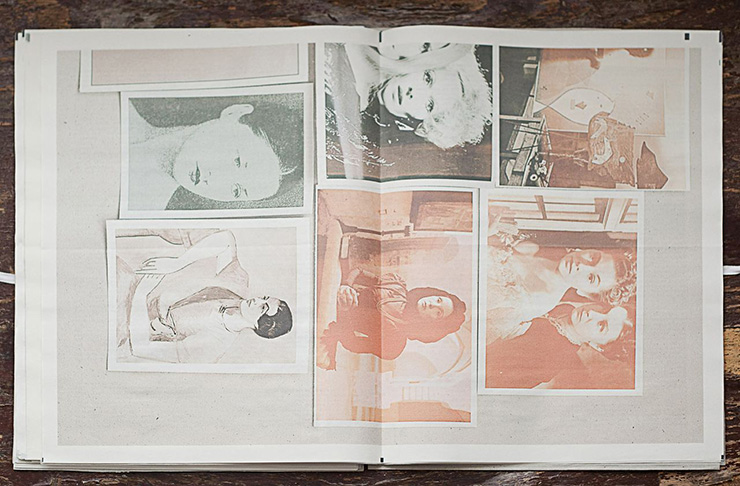 A field of interconnected realities Field #5 combines the three remaining days. For Thursday, the element is The will of the work of art and this is represented with the text Ghostly edges: the uncanny and after life in Max Ernst’s collage novel Une Semaine de Bonté; For Friday, the element is Photography’s archival order and the example is The research scrapbook, a collection of visual material cut out and mounted on a four page spread. For Saturday, the element is The killing of aesthetic ideals and the example is the text Out there in the east: desire and gifts in Valentine Penrose’s collage-poem Dons des Féminines.

"A project started in 2010 as the re-enactment of the artist's book Une Semaine de Bonté (A Week of Goodness, 1934) by Max Ernst. This was the first collage-novel to explore the unconscious as a series of traumatic tableaux in the book format, and a pioneering work in the ontology of the artist's book. The new publication and accompanying video piece (2012) extend our ongoing research onto the study of the modernist collage-novel. The main subject of the work is now Valentine Penrose and her book Dons des Féminines (1951). This pioneering collage-poem is both a re-enactment of Une Semaine de Bonté and a critique of "patriarchal hegemony" evoked in Ernst's work. Its poetic depiction of female friendship, combining elements of neo-gothic and surrealist verse and collage make it into an early precedent of the 'écriture feminine' with its claim for a language of female desire and transgression."

"The video essay ... is a 36-minute narrative collaged with fragments of film, painting, illustration and literature relating to the female gothic. Its departure point is Dons des Féminines and the backdrop story is Valentine's travels in India in the company of Alice Rahon." 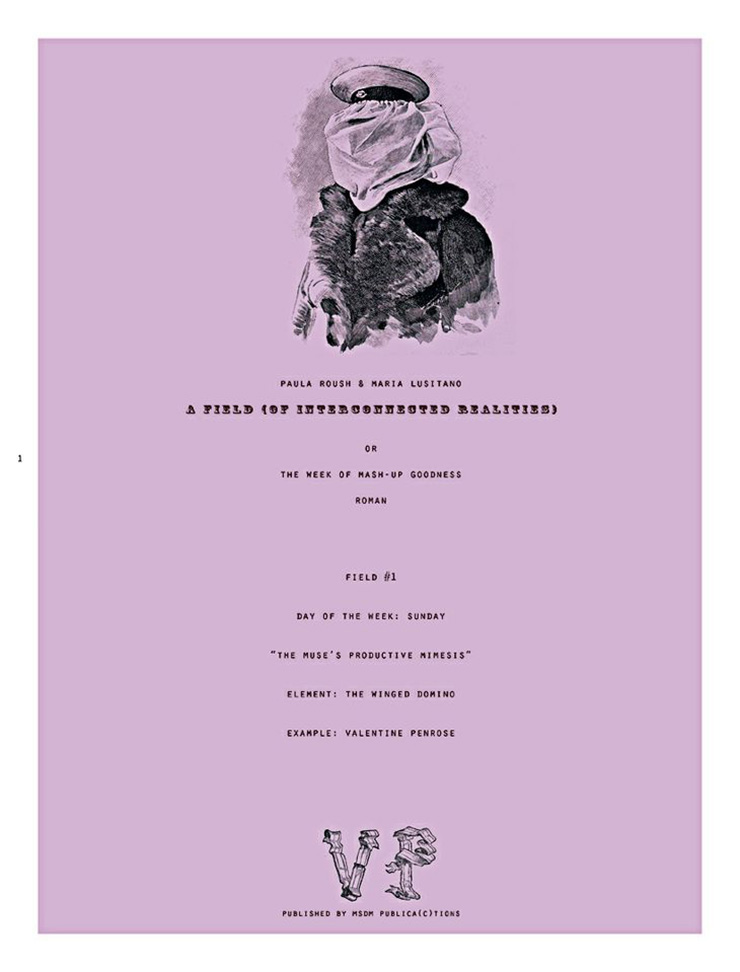 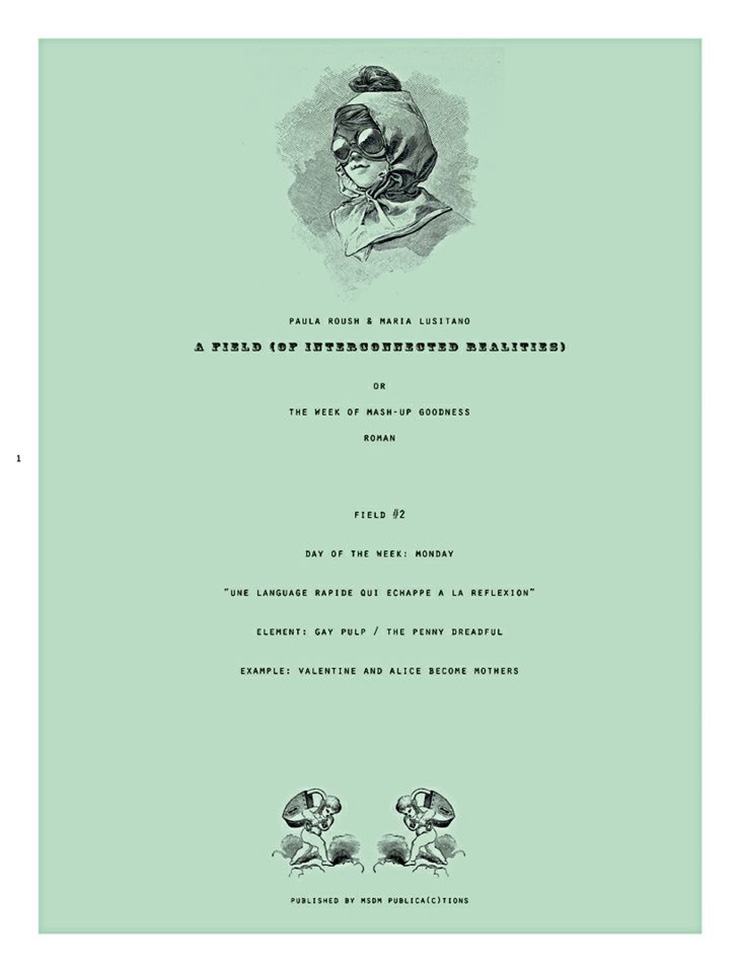 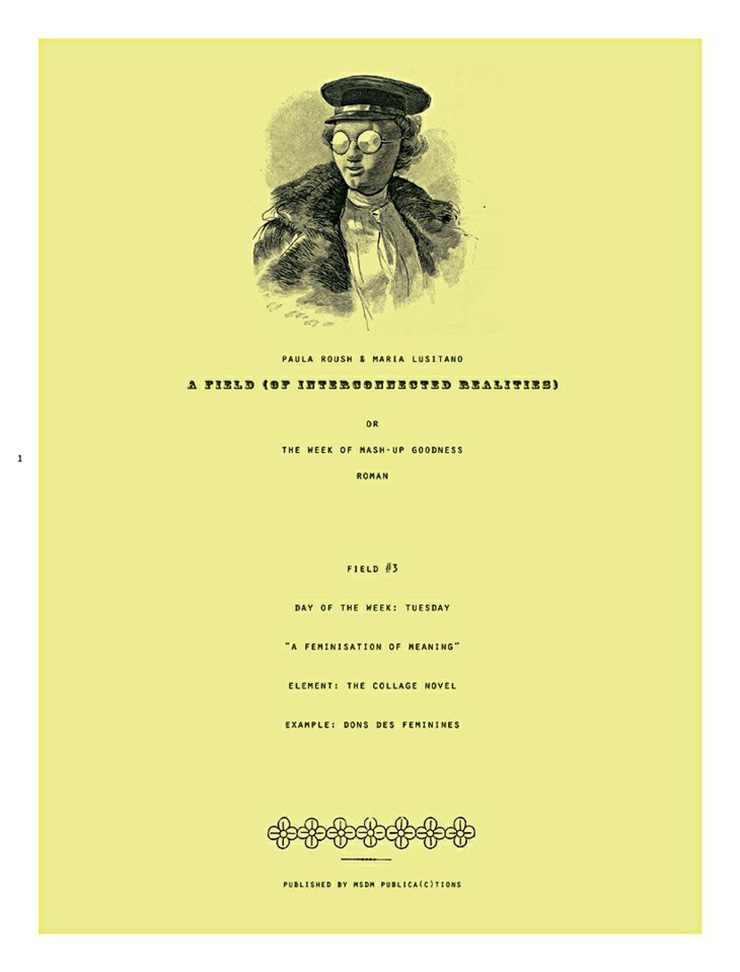 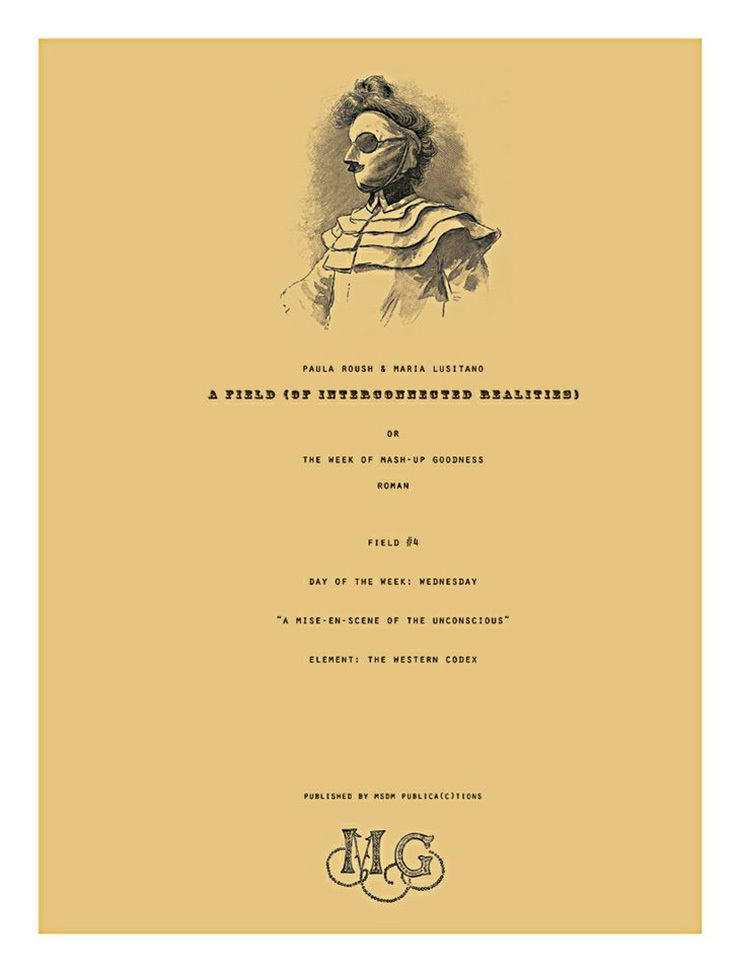 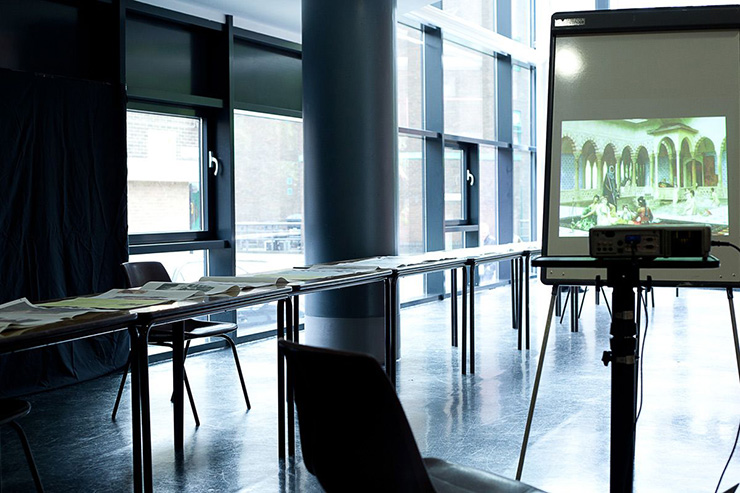 A field (of interconnected realities) or The week of mash-up goodness, Installation at BOOKLIVE! London South Bank Univesity, London