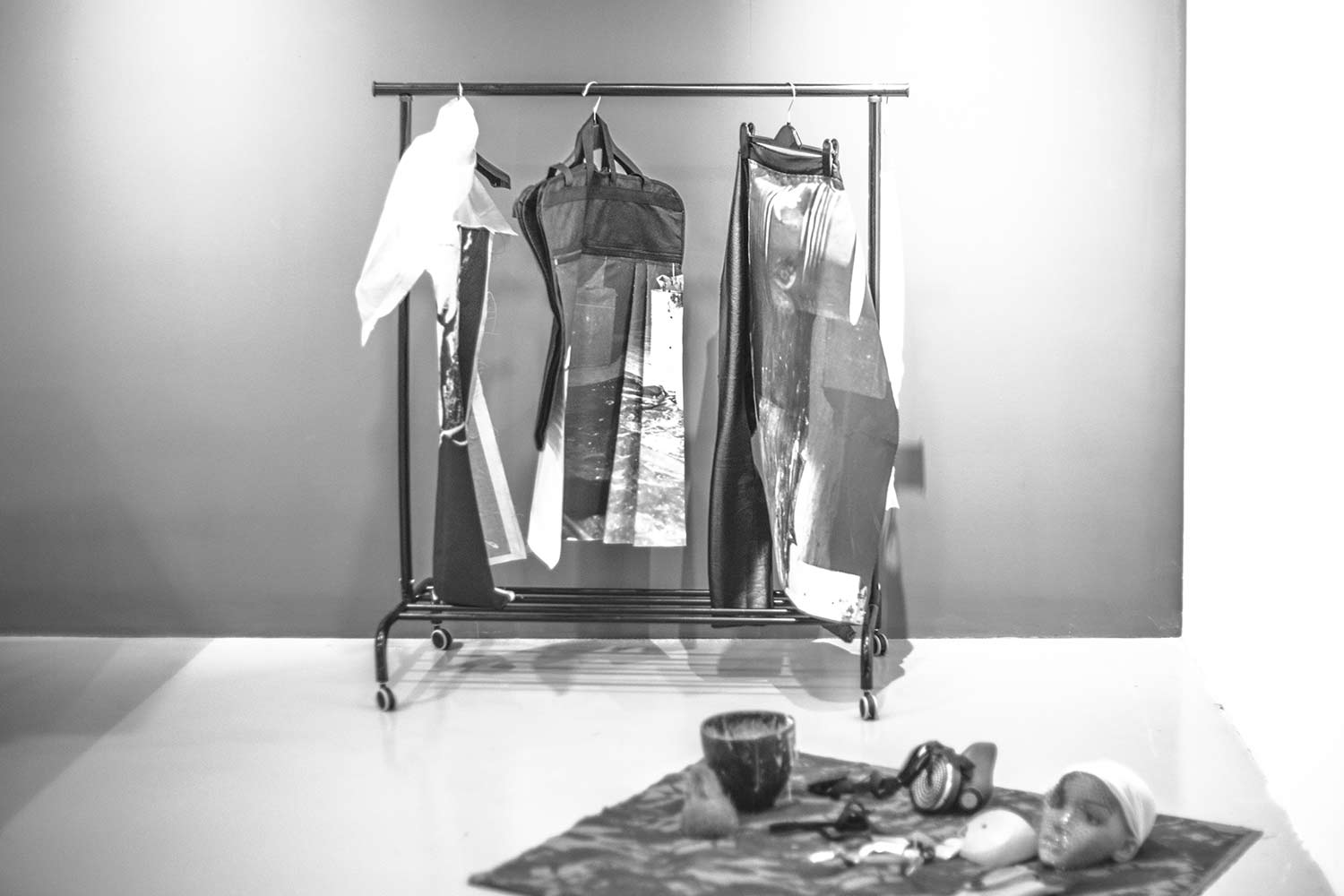 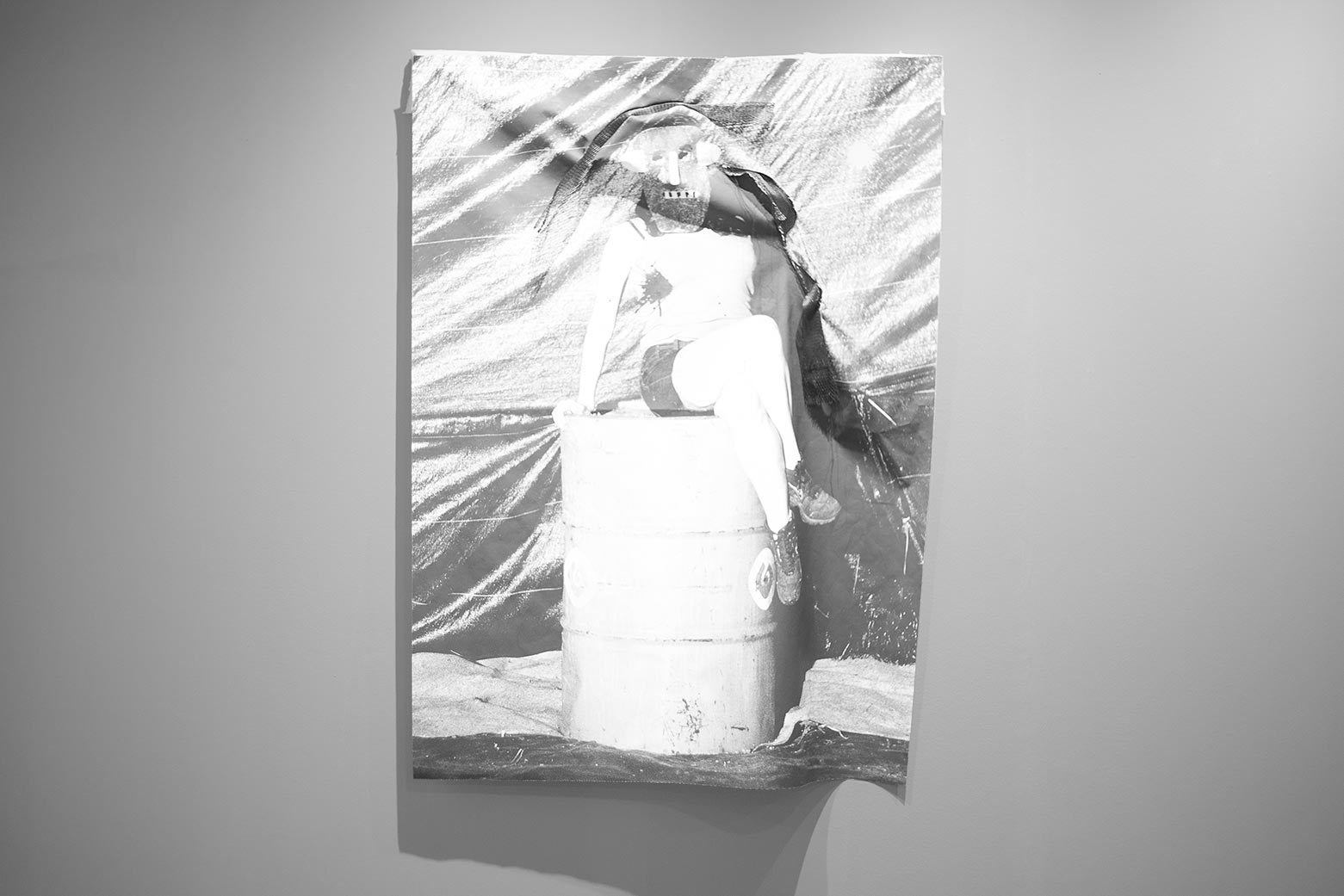 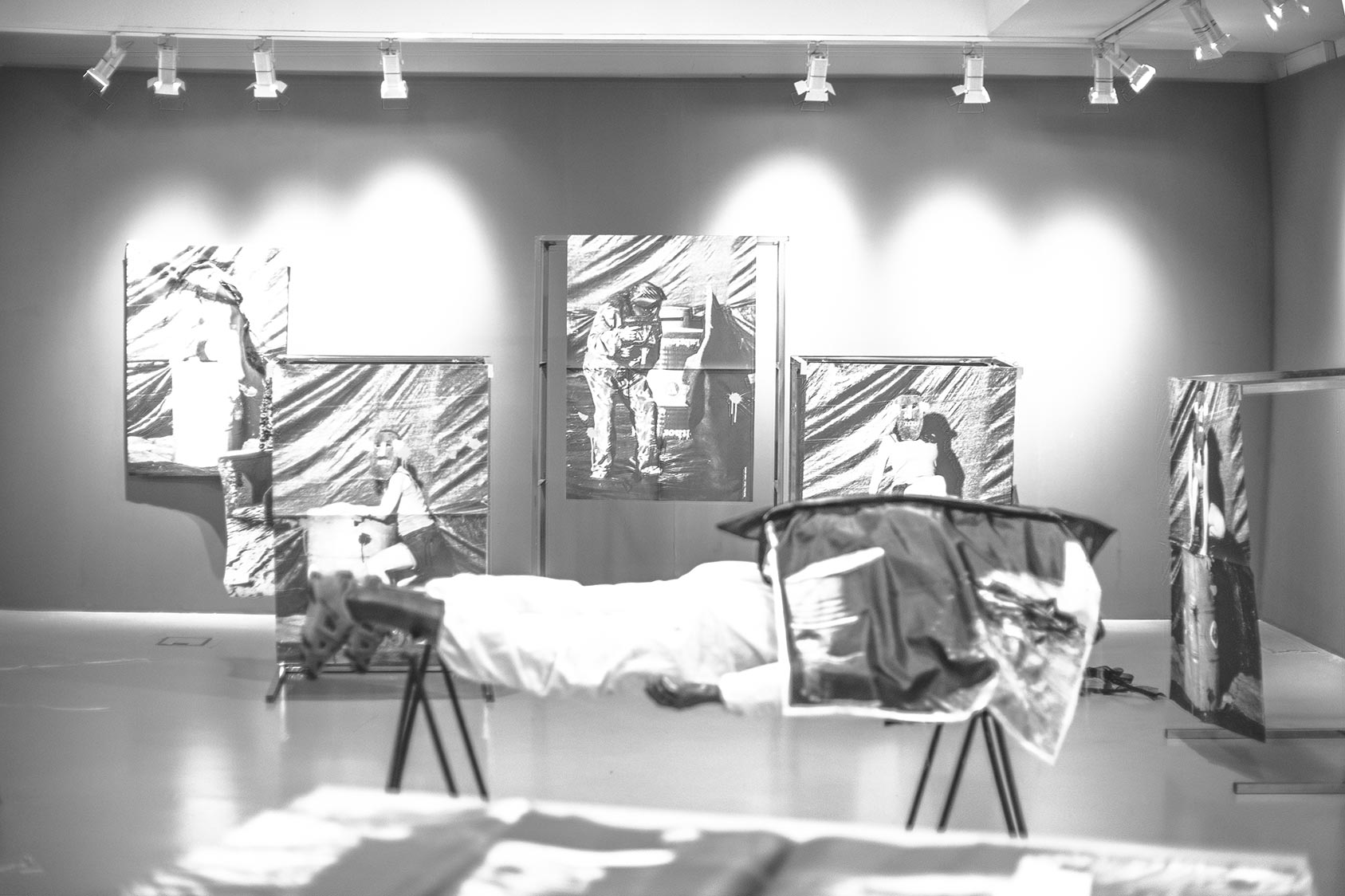 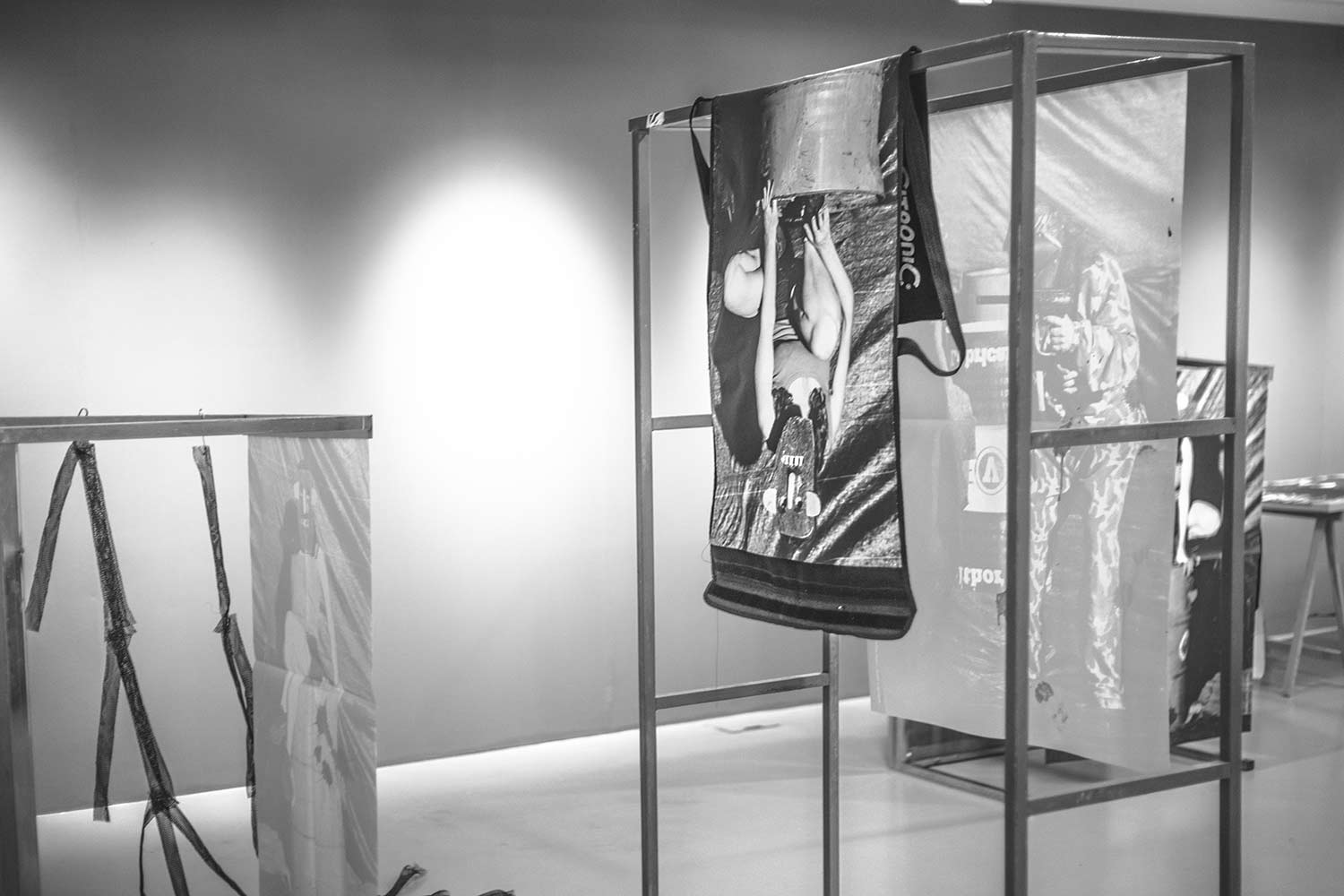 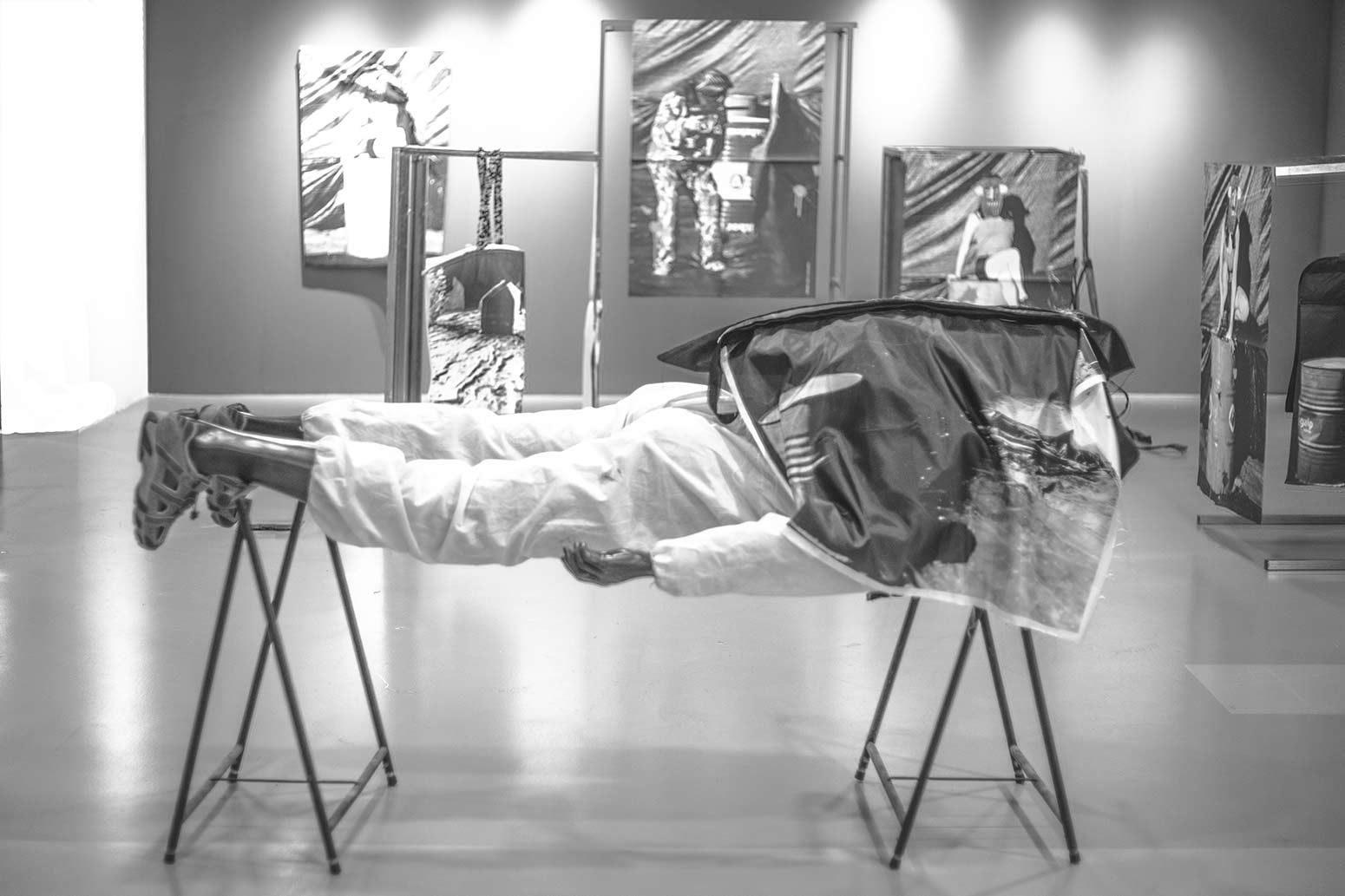 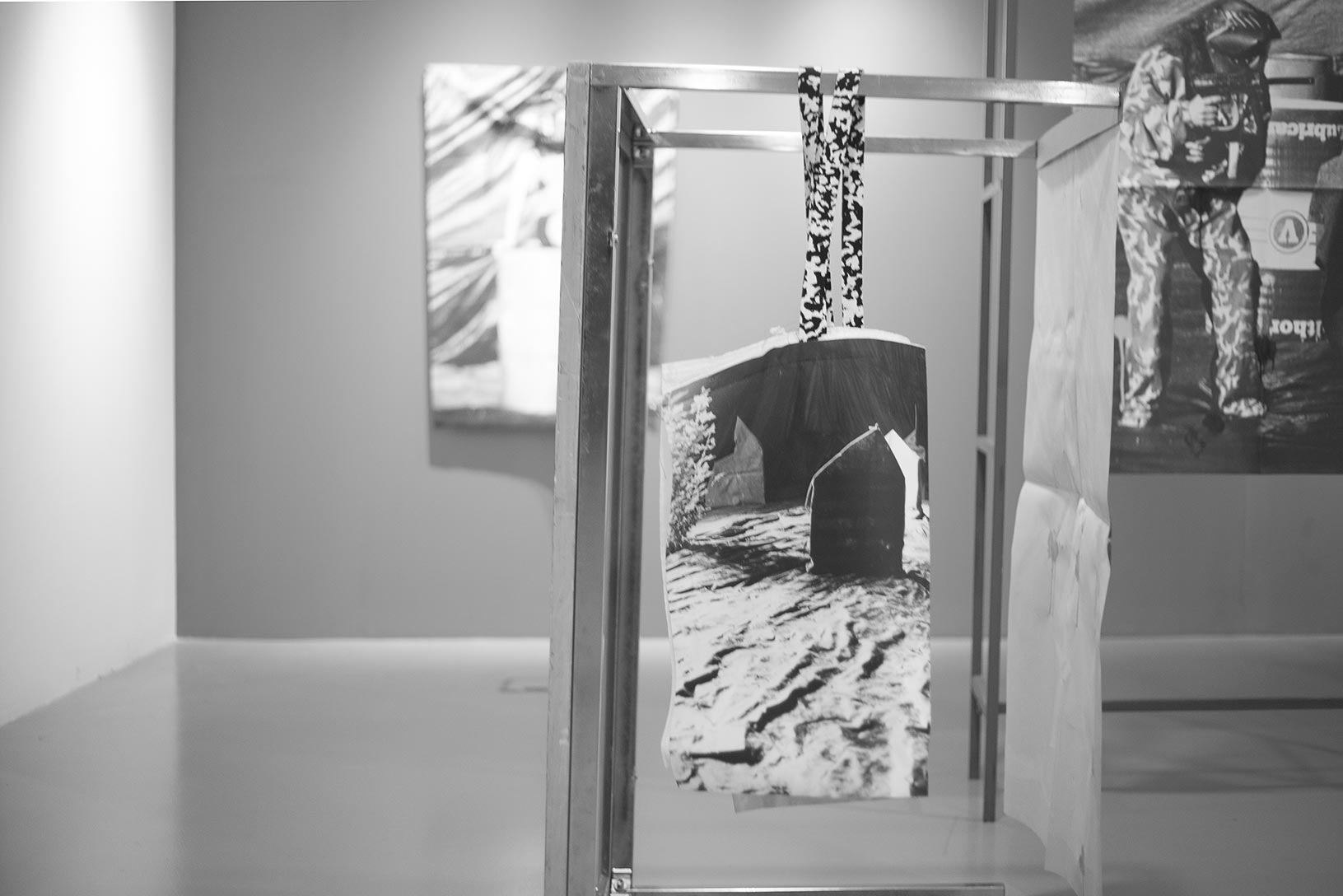 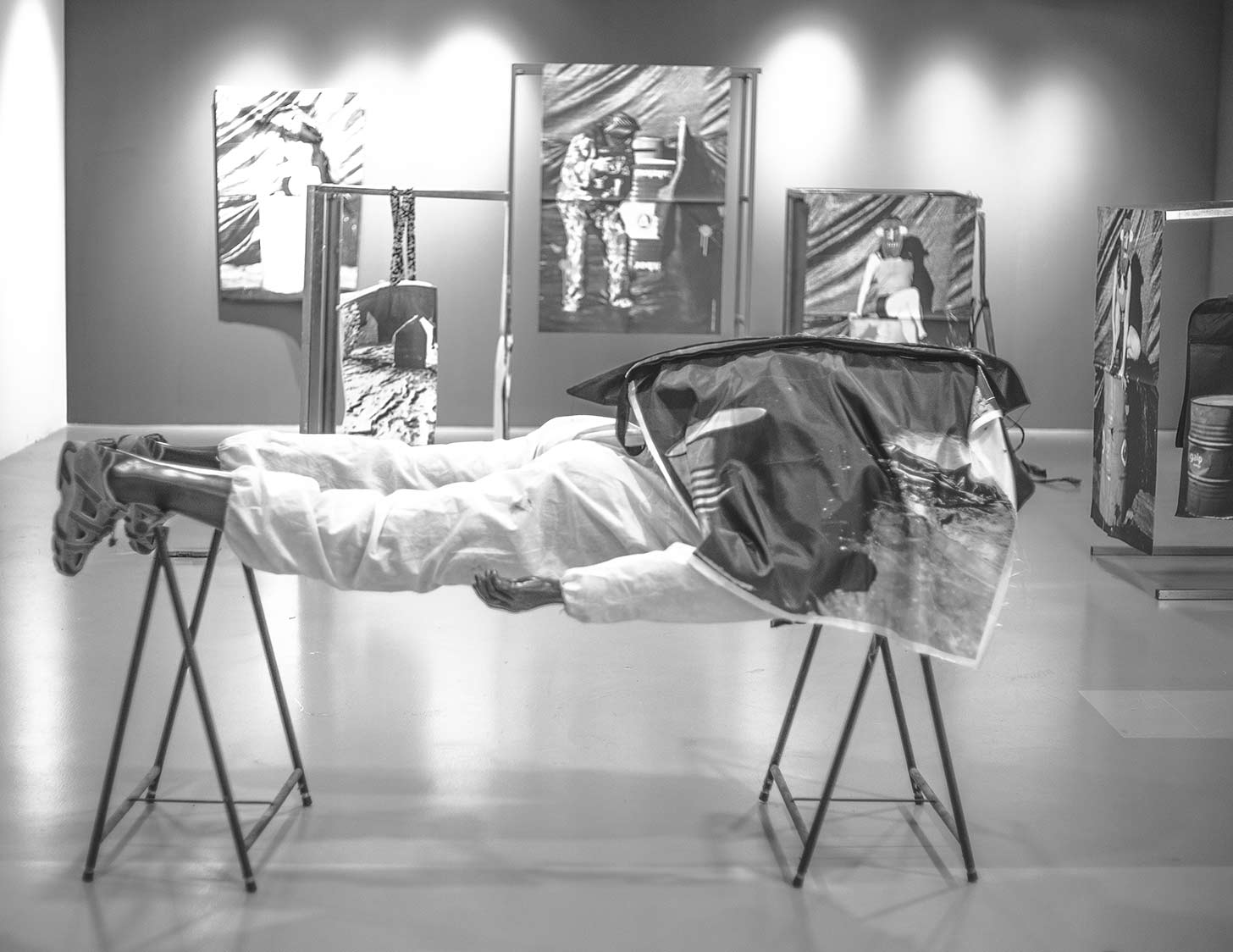 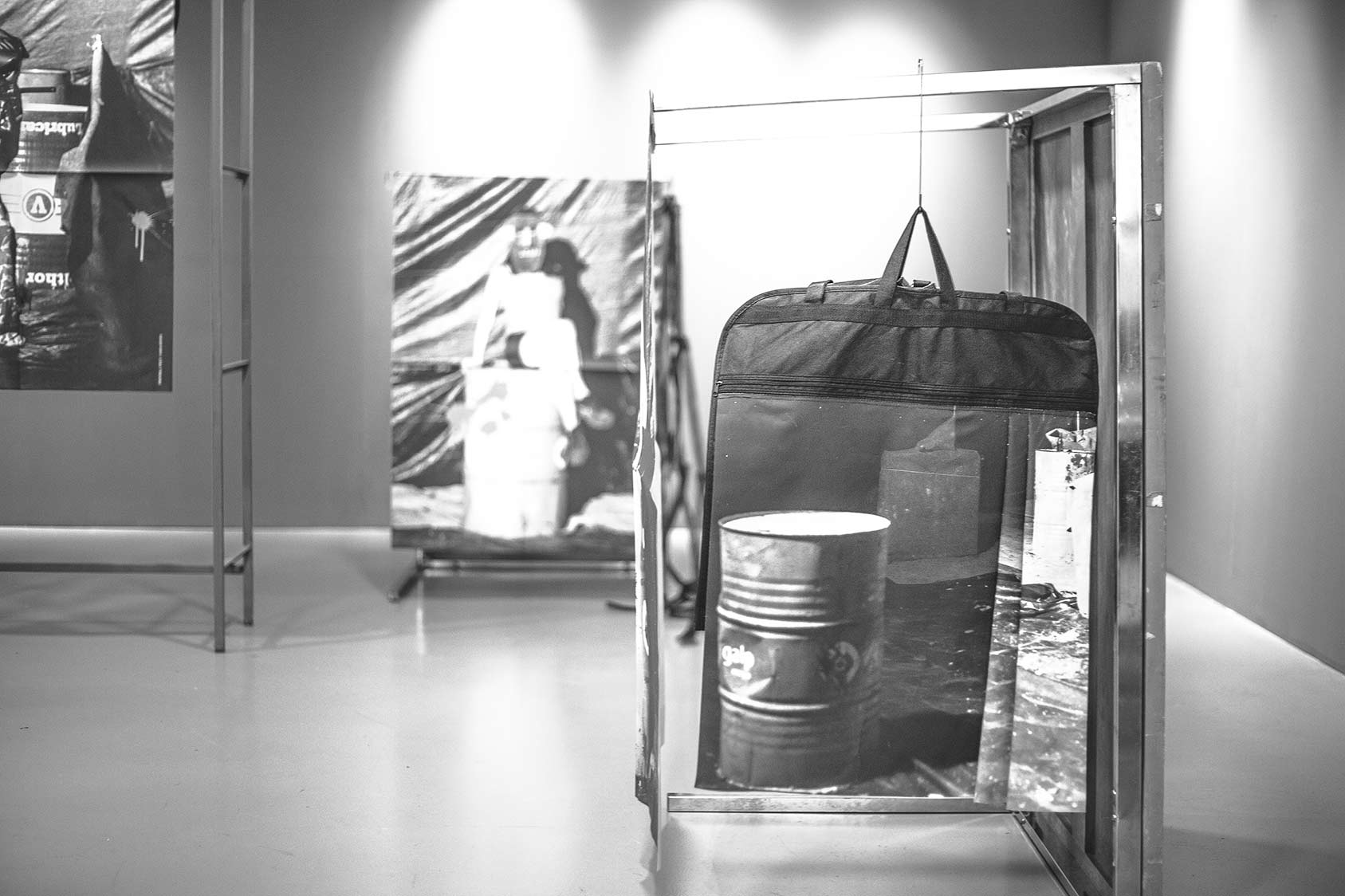 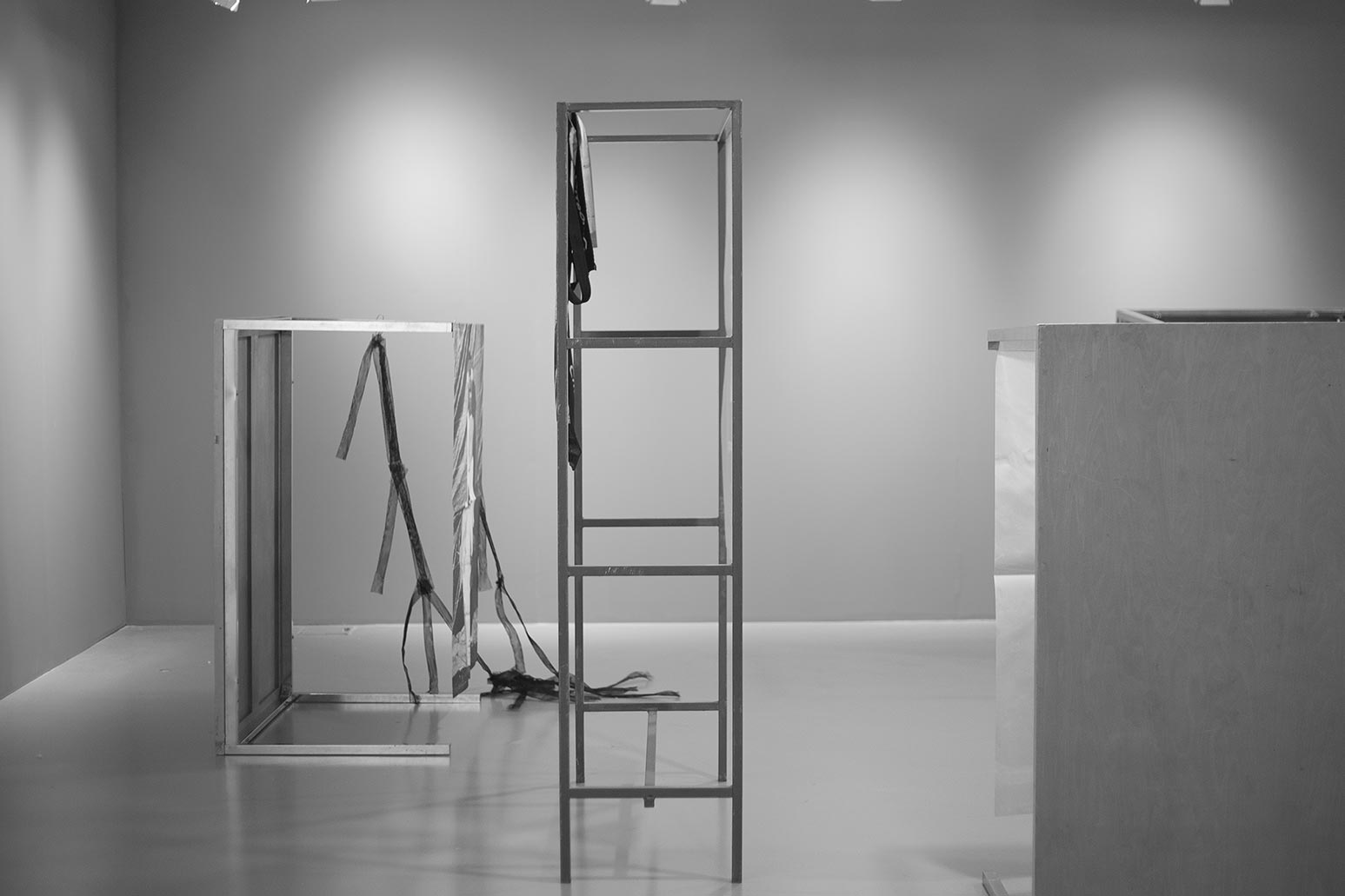 Paintball Field was made during a residency in the ‘schist’ mountain villages of Portugal. The area has become depopulated and is now being developed as a destination for tourists.
The title of the work refers to a local recreation area where visiting families come with their children to play war games
using guns firing balls of paint. The photographs conjure up
a hunting scene in which a female figure wearing a cork mask
– resembling those that were used by the original villagers
during carnival – is being pursued.
More than a simple ironic take on violence and war, the work draws on ethnographic connotations, evoking a dramatic encounter between the rural traditions of the past and
present-day cultural practices.

(3.06 billion cycles per second is the clock speed of the
computer used to create the photoworks,
expressed in gigahertz: 3.06 GHz.
The computer is only one of the mediating elements
in this practice, connected to capturing, editing, printing
and publishing devices.
An underlying trauma is the feeling of loss:
emotional, social and technological.
Loss of loved ones, lived spaces and computing power)