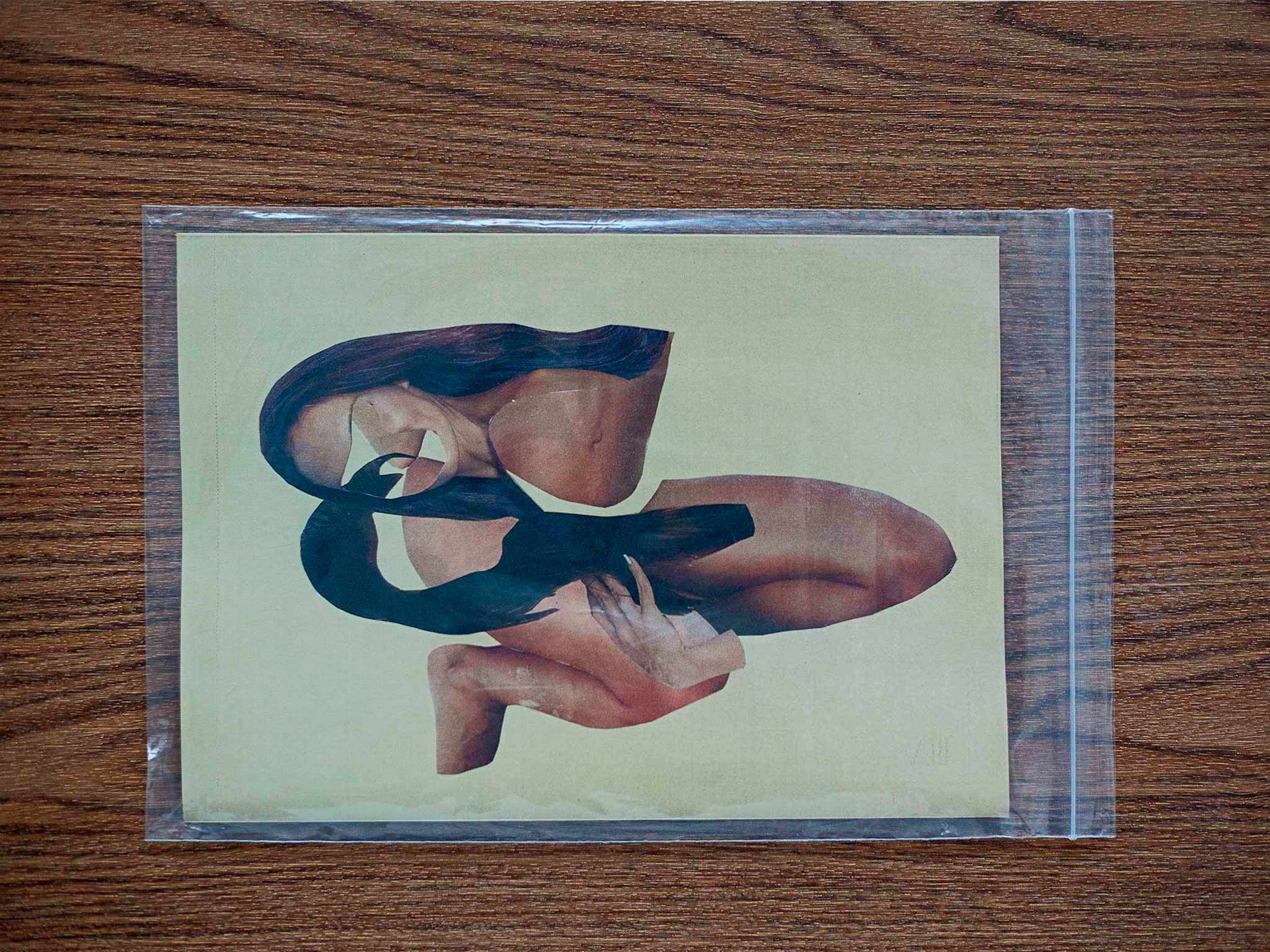 Thanks for the Flowers 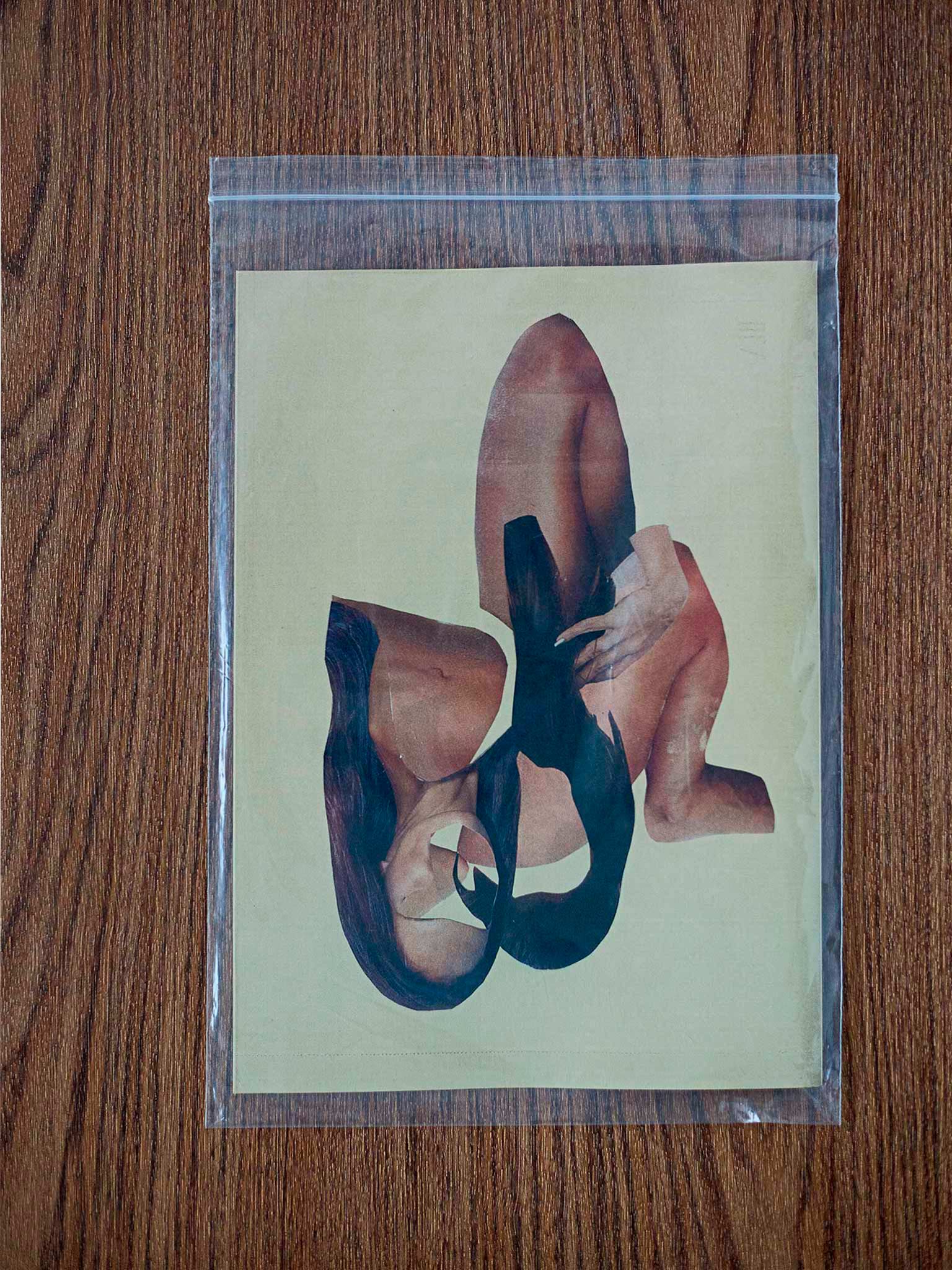 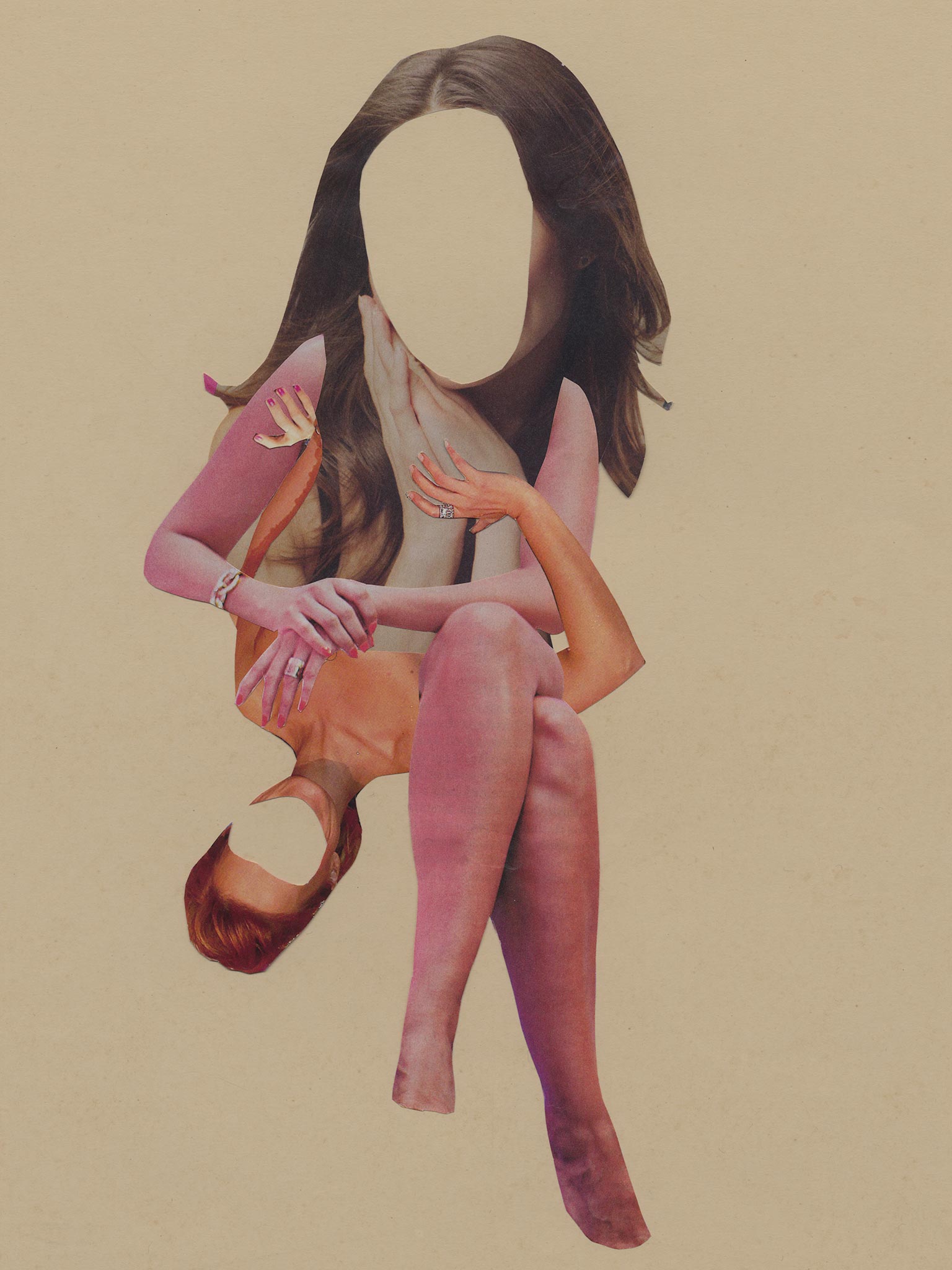 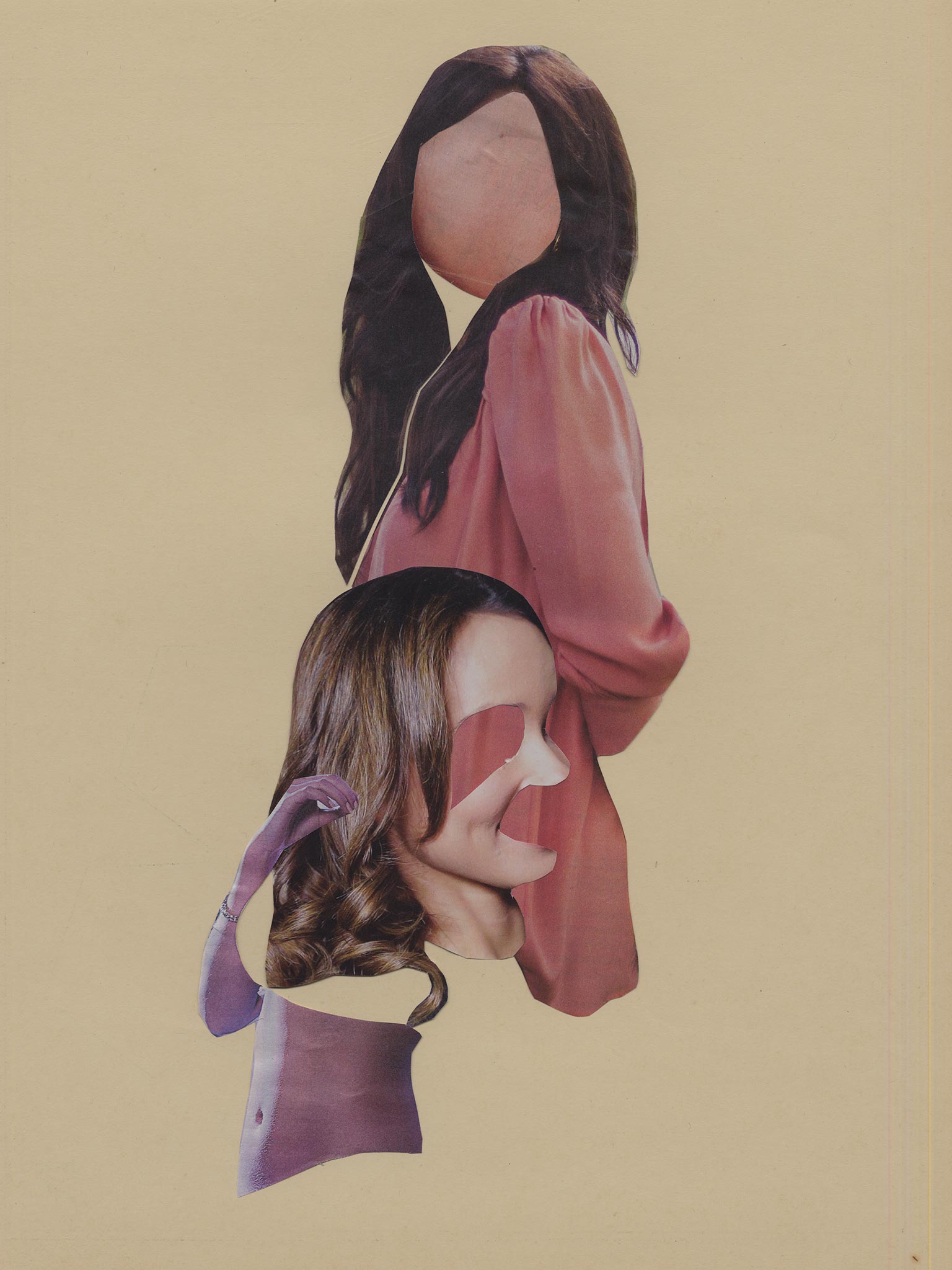 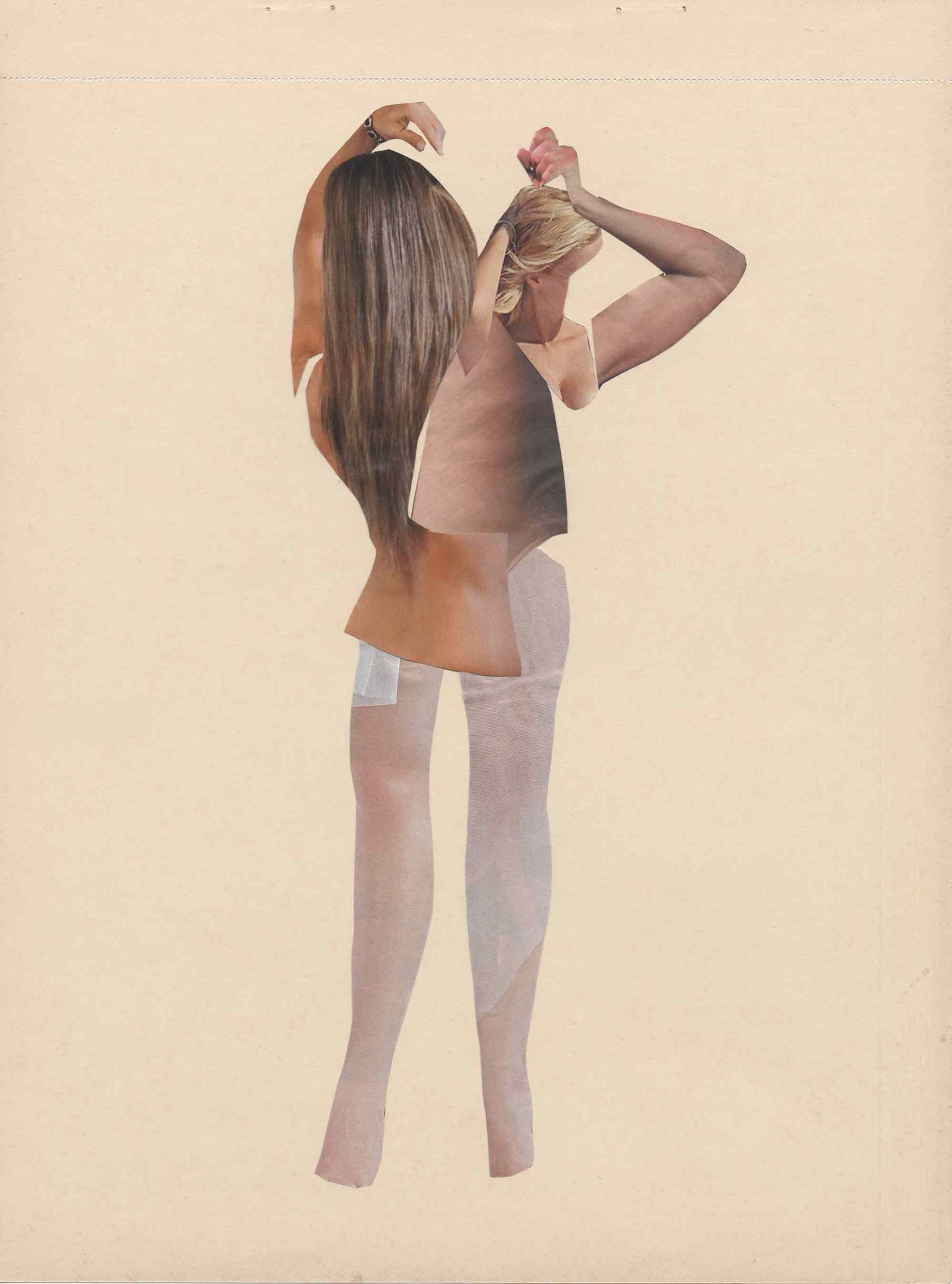 After last year’s first edition of the exhibition
Parallel Literature, the basis of which was
the P.A.R.A.S.I.T.E. Institute Artist Book Collection,
we continue to research the Collection’s publications. This year’s exhibition includes Artist Books by women authors dealing with the topics of representation,
the position of women, women’s work and their roles.
The publications selected for the exhibition were created after 2010, in different contexts and environments. What they have in common,however,
is that they more or less directly touch on the feminist context, and above all, they relate to the social themes of individual women, which points to the need for structural change in a broader sense.

paula roush and Evren Tekinoktay deal with the representation of women in the media, their objectification, and sexualization.
paula roush’s publication, entitled Pink Press (2014), consists of seventeen full-page collages. They are created from clippings of the Portuguese pink press
and magazines that belonged to her mother.
On inconspicuous grey paper, we see black and white images of women whose facial features are removed – namely, their eyes, nose, mouth, which deprives them
of their identity and emphasizes the repetition of a slender body, long hair, etc. Here and there, parts of a body are also cut out or placed in such a way that the body looks deformed.

Images of women featured in magazines
are also present in the colourful book Black Egg (2010) by Evren Tekinoktay. The book consists entirely of full-page reproductions of the author’s collages and paintings. Along with various strokes, bands
(paper is used as colour), and hand accessories,
we can see faces and even full-length images which are also cut-outs. The author found them in old issues of
the Danish erotic magazine Variete. The larger monochromatic fields that cover the intimate areas are reminiscent of censorship in the Turkish press which the author of Turkish origin remembers from the time of her growing up.

Tea Hvala’s publication Stiff Smiles (2013) reproduces photographs – images of collective work taken from a book commemorating the 35th anniversary of the founding of the Iskra Kranj work organization. The book features colour pages with circle-shaped cut-outs that draw attention to a selected detail of a photograph before we see it in its entirety. The author’s text is crucial to the project; she considers the changes in work-modes, the relations between co- workers, the values specific to the socialist era and the current times. She observes women in particular, their curiosities, relationships, and stories that can be read beyond seemingly uniform, stiff images robbed of individuality.

Alja Piry’s book Sixteen Drying Racks (2018) subtly hints at women’s work. It features sixteen photos of a drying rack on which towels are dried. The artist learned that on the ground floor of a certain building there is an Asian massage studio, called Golden Phoenix. The head of the studio requires that each client be provided with three towels. The title, which consists of a number, a (banal) motif, and a repetition, clearly refers to the American artist Edward Ruscha.

On the cover of Marge Monko’s publication,
I Don't Eat Flowers (2010), we see a photograph
of the author posing as a working woman,
with the tall, modern buildings of Tallinn city centre
in the background. The piece was created on the 8th of March and refers to the custom of gifting women with flowers in which the original significance of International Women’s Day is forgotten. The artist places a parallel in an art context where women artists (and also their men colleagues) receive flowers at openings but are often not (appropriately) paid for their work.

The publication CIIA Nº 2 / Nuestro Cuerpo, Nuestra Institucion (2017), which its author Antimuseo refers
to as art-zine, is also explicitly feminist. The aim
of the project is to create space for a critical analysis of the art system. The result of an analysis of the selected topic is a series of special publications. They are designed in different formats and contain textual and visual contributions by several authors. This edition addresses the institutionalization of art from a feminist point of view, allowing the authors to use the publication as a medium to create space for discourse outside institutions and actively redirect it into the field of practice.

Antimuseo is an experimental art project led by the artist María María Acha-Kutscher (1968, Lima, Peru) and independent curator, writer, and artist Tomás Ruiz-Rivas (1962, Madrid, Spain). Acha-Kutscher is a visual artist whose work focuses on women, while Ruiz-Rivas’s work seeks to transform the ways in which art is created in Madrid, thus encouraging criticism of cultural institutions and cultural policy.

Tea Hvala moves among many professions that reflect her interest in the performing arts, literature, comics, pedagogy, political theory, and idiosyncratic activism with a feminist overtone. In the past, she’s co-created the Stripburger magazine, the Red Dawn Festival, and the Sektor Ž radio show (Radio Študent). Since 2018, she has been coordinating art education programs at the Association for the Promotion of Women in Culture – City of Women.

Marge Monko (1976, Tallinn, Estonia) is an artist working primarily in the field of photography, installation, and video. She employs methods that include documentation, staging, and appropriation – often combining these different approaches.

Alja Piry (1982, Ljubljana) works in various media, the Artist Book being one of her crucial points of focus. The themes she highlights in her works are social relations, changes, renewal, the power of connection, individuality, the role of the artist in society, and the creativity of women.

paula roush (Lisbon) is a conceptual artist, photographer, and the founder of msdm.studio through which she creates art editions, artists’ books, and other publications. She is the author of numerous works that explore how consciousness becomes a photographic object.

Evren Tekinoktay (1972, Copenhagen, Denmark) is an artist who creates in various media, but her artwork is rooted in collage. She depicts found images and familiar visual tropes to explore the body. Her work incorporates the sensibility of women craft traditions, home or decorative, often with a feminist undertone.