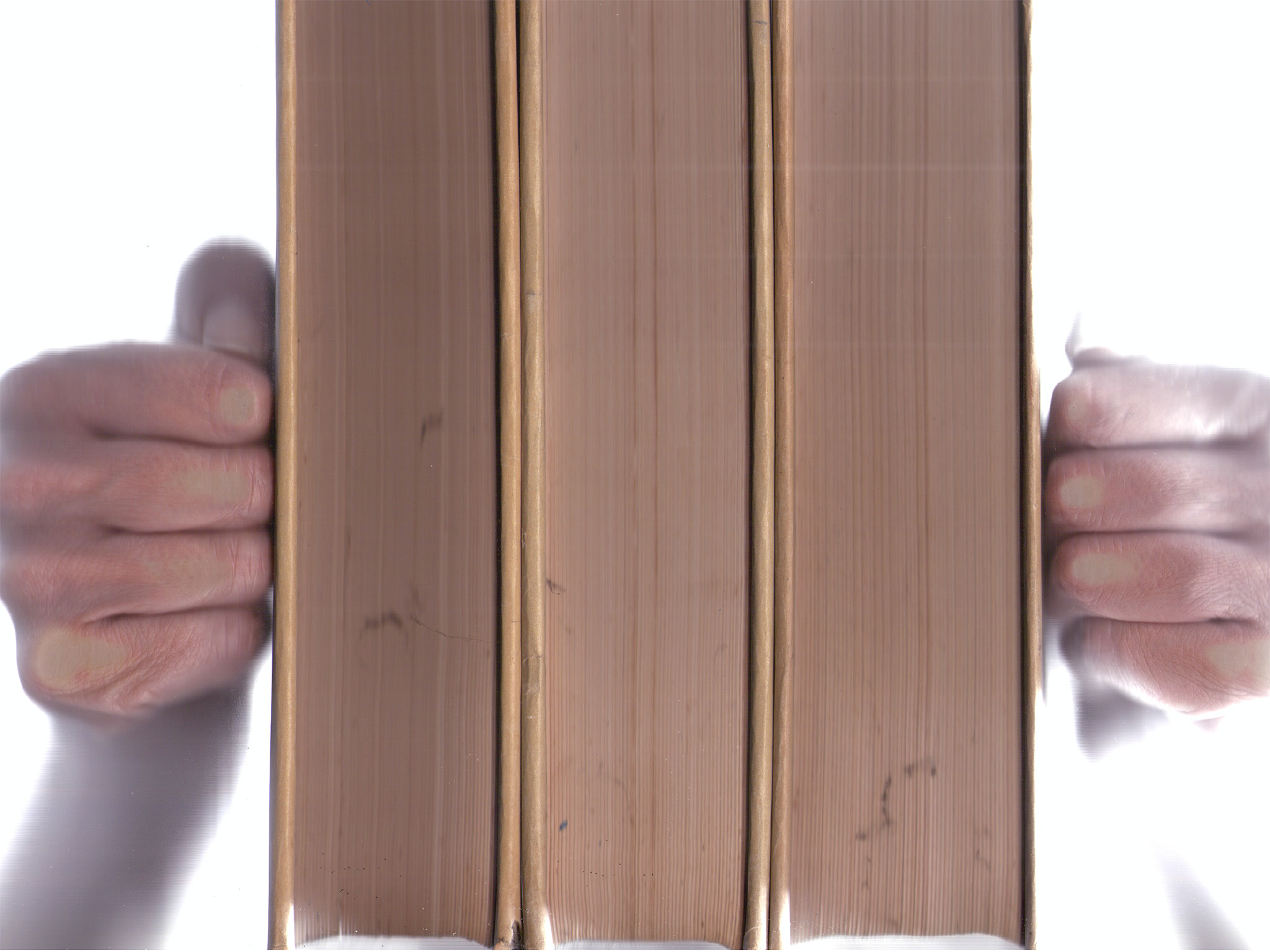 The artist book, produced in Lisbon in august 2010, is size A4, 29,7x21 cm, and was printed in an epson stylus sx105, using varied papers (including vegetable parchment, greaseproof and tracing papers, maps and file separators) found in the same library. A print on demand edition, with 180 pages and printed on premium (matte finish) paper is also available.

The book-archive  classop (papers varied)  presents itself  as literature2, ie, two stages of a loop in the visual and semantic field of reading, in the flight from paper to electronic literature. The first stage of this project consisted of a residence in the archive of  l. Santos  in lisbon. The resulting artist’s book, later bound in malmö by a traditional bookbinder. is titled classop (an abridgement  for  the two portuguese words classe operaria / ‘working class’). It is a sampling of a unique library specialised in the so called PREC  - the period after the 25th april portuguese revolution. An archive of texts and images from books on architecture, urban planning and education, it reveals the influence of the historical events that marked the anti-fascist, May 68, student riots, and 1974 revolution of the carnations.

The second phase contains the virtual experience of the book, and this has been developed in working sessions using Skype and webcam. The networked library has expanded to create its own place based on a methodology of online meetings. A book about a library is an index which is also the construction of an epistemology about the book and the state of not-knowing. It is a fiction-book based on fragments of multiple realities, rehearsed representations of  concepts in a state of flux. One gets there traveling through the documents, from one shelf to another, following the call of the book spines, the attraction of the bookbinding and above all the materiality of the paper.

Feeling the entropy of the shelf, visible in its organization as an organic body, an accumulation of the now classic texts, mixed with icons of decades past, shrouded in the dust later entered through a window and testimony that life outside goes on. This layer of dirt gives the shelf a second skin, that makes my fingers dirty, contaminating my body with this biography which is the library’s biography, the personal narrative of its creator, now part of me, spot-map, a key for that labor intensive process of accumulation that resulted in this monument-archive, rhetorical and idealized. The library as place and non-place, site and non-site, relational space where the conversation is started, questions are raised, memories activated the myth of a country unfolded and entwined with that of others, in a critical and political intertextuality, made out of subjectivities and ideological representations. The cumplicity, the intimacy of that encounter that carries the bibliographic corpus from historical data into ghostly pixels.

Louise Michel (1981) is a writer and theoretician based in The Isle of Dogs. Michel is known for her theory of the book-archive, in which she makes the distinction between the book-book and the book-archive, connecting these to a meta-generation of books or literature 2 and examines the transition from the historical book to the optical book that circulates in superstructural rhizome of the Internet.