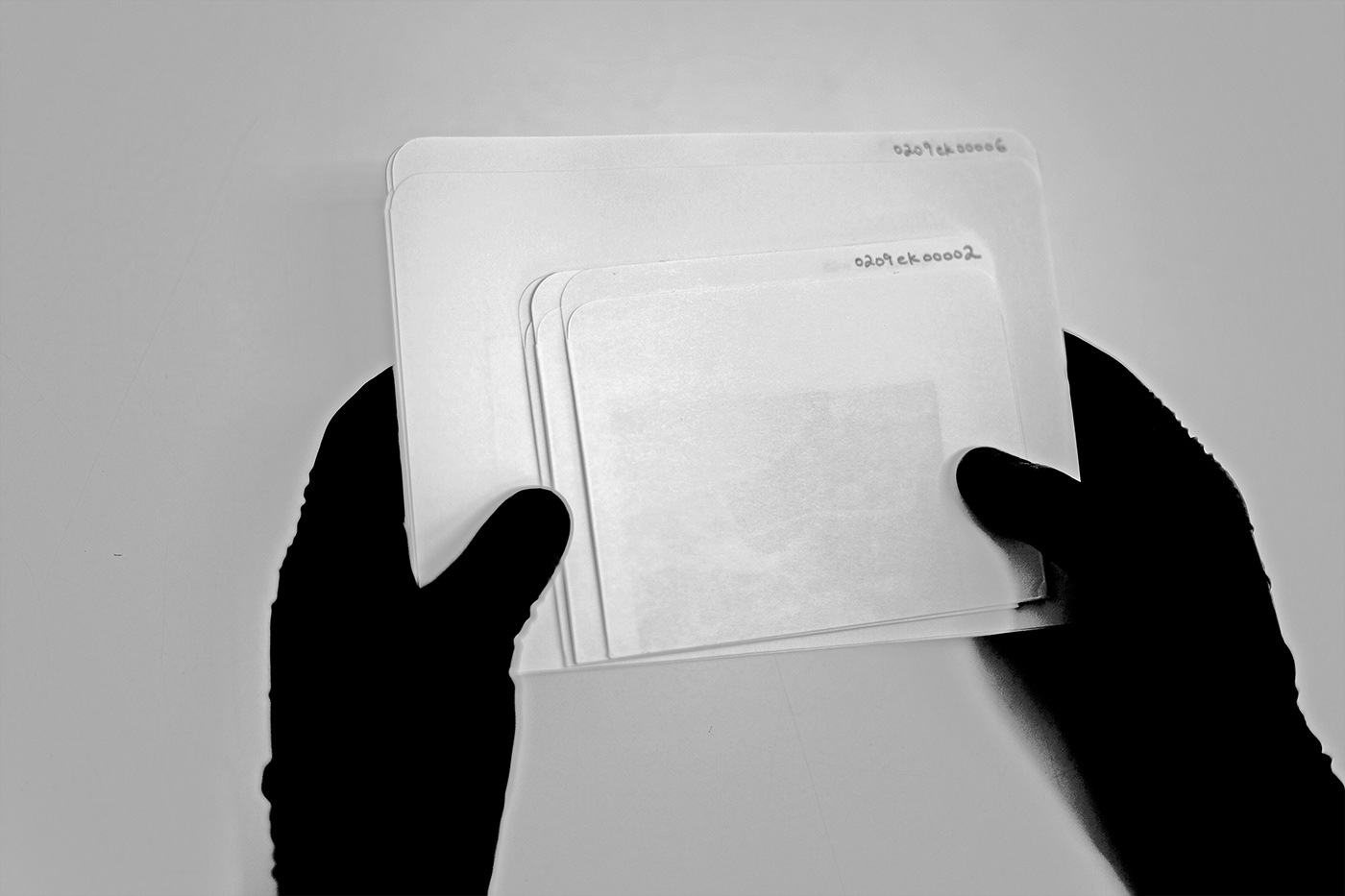 Residency with the Arab Image Foundation

Artist and lecturer paula roush was born in Lisbon and lives and works in London. roush teaches both art theory and practice at the London South Bank University and the University of Westminster. She operates in the fields of installation and publishing, where her work is positioned in relation to ongoing developments in photography, particularly the dialogue between analog and digital. These concerns emerge in the interplay among photo collections combining found, orphan and DSLR-produced photographs, where they constitute a critical, socio-political and aesthetic investigation of memory. She aims to bridge the gap between biography, the everyday and the archive.
Between June 22nd and July 3rd 2015, roush was welcomed as an artist-in-residence at the Arab Image Foundation. She was granted access to all the Foundation’s facilities with the intention of creating works informed by her readings of the photographic collections and her practice as an artist working with found photographs in both print and installations. roush’s residency in Beirut was made possible by The Centre for Media and Culture Research, London South Bank University.
Using materials present at the Foundation, roush’s method enforced limits and guided her process. It is ultimately reflected in her work’s aesthetics, layout, materiality, format and the juxtaposition of text and image. She describes her methodology as working through fragments collected in a limited time-frame. Stepping back and distancing herself from her projects, roush ultimately returns for further investigation and reflection after an allocated time has passed. The works roush produced fed off conversations, chance encounters and coincidences occurring within the space of the Foundation. She allowed her presence to guide the production process as it further structured and shaped the resulting works.

Points of interest:
Portuguese presence
- roush approached the Foundation with what she described as a safety net: an ongoing interest in traces of the Portuguese presence in the collections of the Arab Image Foundation. This dovetails with her previous works and ongoing research on the subject.
- She was able to identify 10 relevant images on the in-house database and requested to view them in their physical format.
The Database
- roush re-visited the AIF in-house database in light of the content of the binder: images evoking sexuality, relationships, and the female figure, as well as a text by Dore Bowen: The Bridge Called Imagination: On reading the Arab Image Foundation and Its Collection.
- Intrigued by the format and the interface of the database itself, paula even noted its malfunctioning “glitches and crashes”.

- roush also collaborated with a Collection Management volunteer whose duty was inputting keywords.
- The volunteer attributed keywords to the otherwise unprocessed images in the EPS binder as roush recorded the suggestions. The process began systematically, although it developed into free-association as the volunteer “began drifting into the images and thinking out loud”.

“Questionable” content: EPS Collection
- Another point of interest for roush was “questionable” photographic content, what could be described as “sleazy, sexy, seedy and inappropriate”.
- She was directed to the contact prints of the EPS collection, assembled in two binders for consultation in the AIF public space.
- Due to the depiction of various intimate scenes and the inclusion of nude photographs in the collection, concerns arose regarding privacy of the photographer, and the subjects in the photographs.
- It should be noted that the collection has not been scanned, and the identities of those appearing the photographs remain undocumented.
- paula roush managed to meet EPS, interviewing him about the context of production of the images.

The Photograph as sculpture/object/image
- Upon viewing the initial images with keywords linking them to Portugal, roush became intrigued by the process of setting up and staging images for photographic documentation.
- roush then delved into the Al-Yom, collection of the personal research of the editor in chief of the national newspaper, influenced by the year 1975 (on 25 April 1974 which overthrew the regime of the Estado Novo.
- roush paired 85 photographs she had taken of objects from the Al Yom collection to sections of text from a book given to her by Sabbag on Beirut - A L'Ombre d'Une Ville (1993)
- roush also photographed the unprocessed collection of Bayroumi, a Studio Photographer from Saida, Lebanon who worked in the seventies.
- Not removed from their plastic encasings paralleled themes of privacy.

Talk
Overview on her practice as an artist working with photographic collections, most specifically the Found Photo Foundation
Discussing the method of accessing material at the Foundation: the EPS binder.
Displaying photobook “dummies”
Through roush’s work we understand the process of researching a photographic collection as a subtle negotiation of understandings. It is seen as the practice of acquiring and documenting photographs, the dialogue between digital and analog formats, the controlled environment of preservation, as well as conversations, accidents, and mere chance encounters within the space housing the collection.