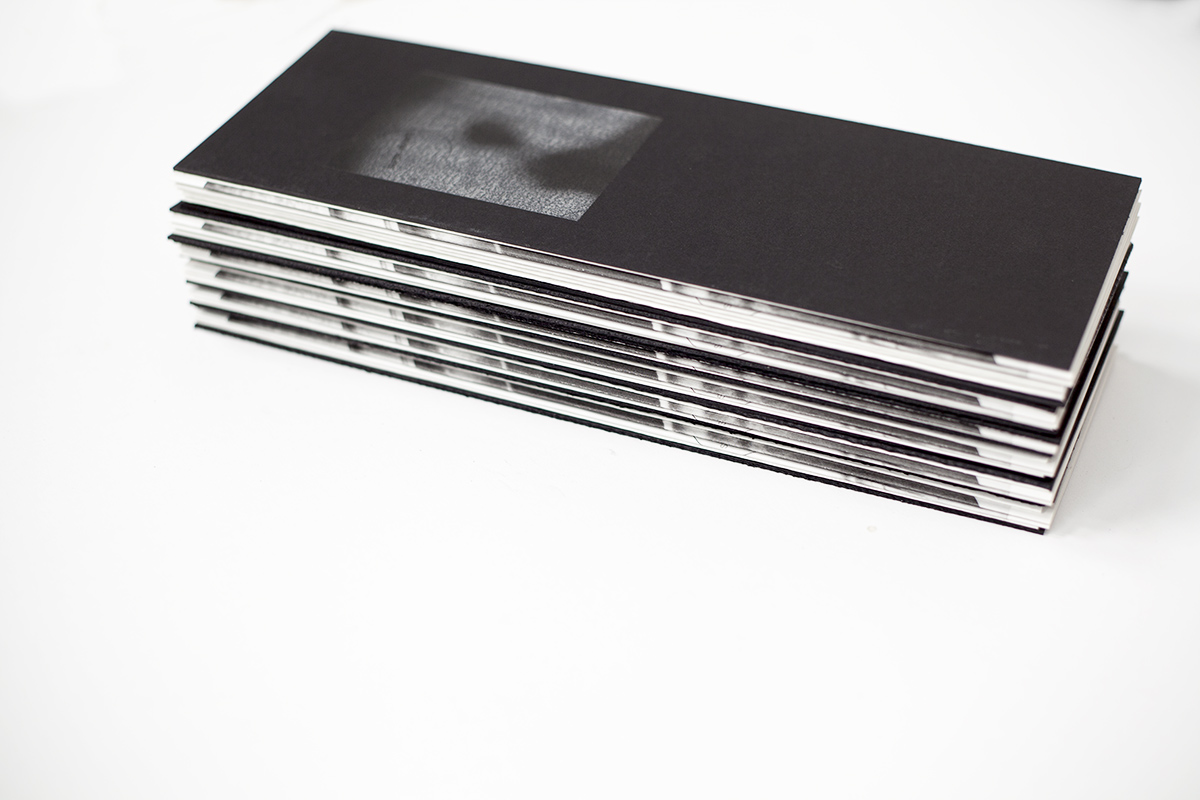 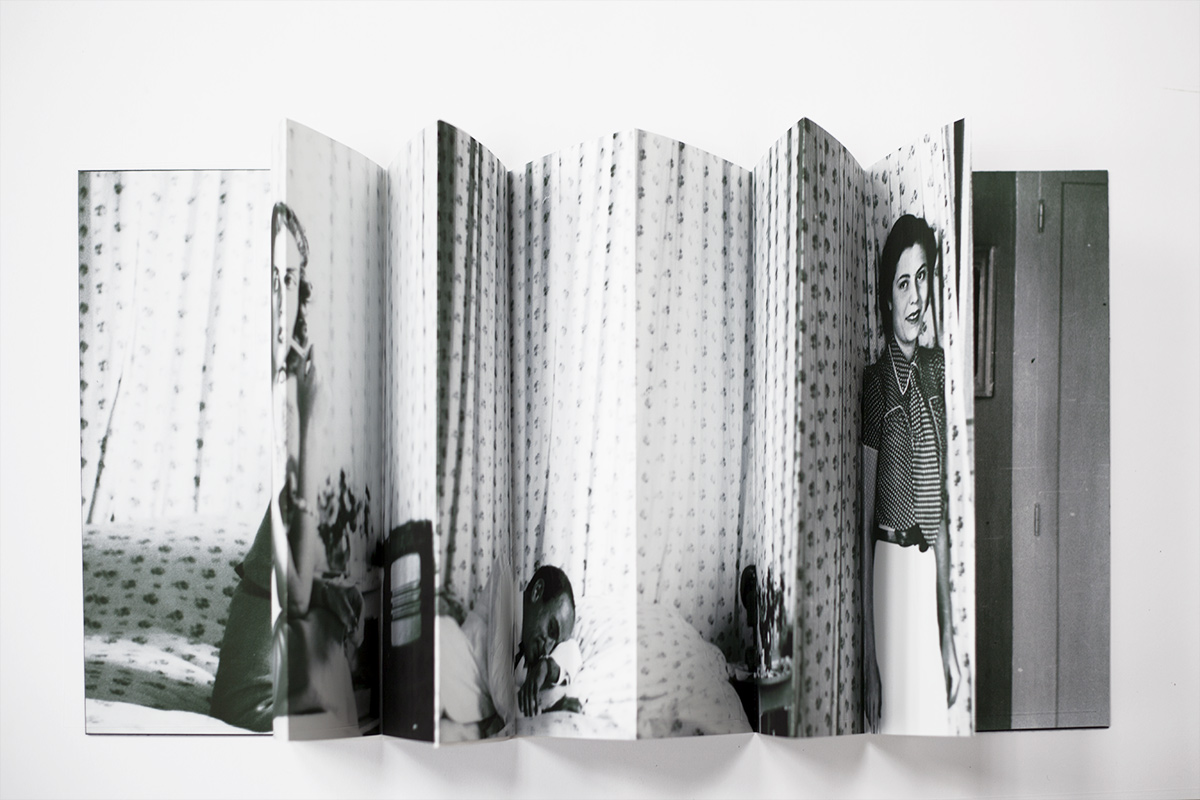 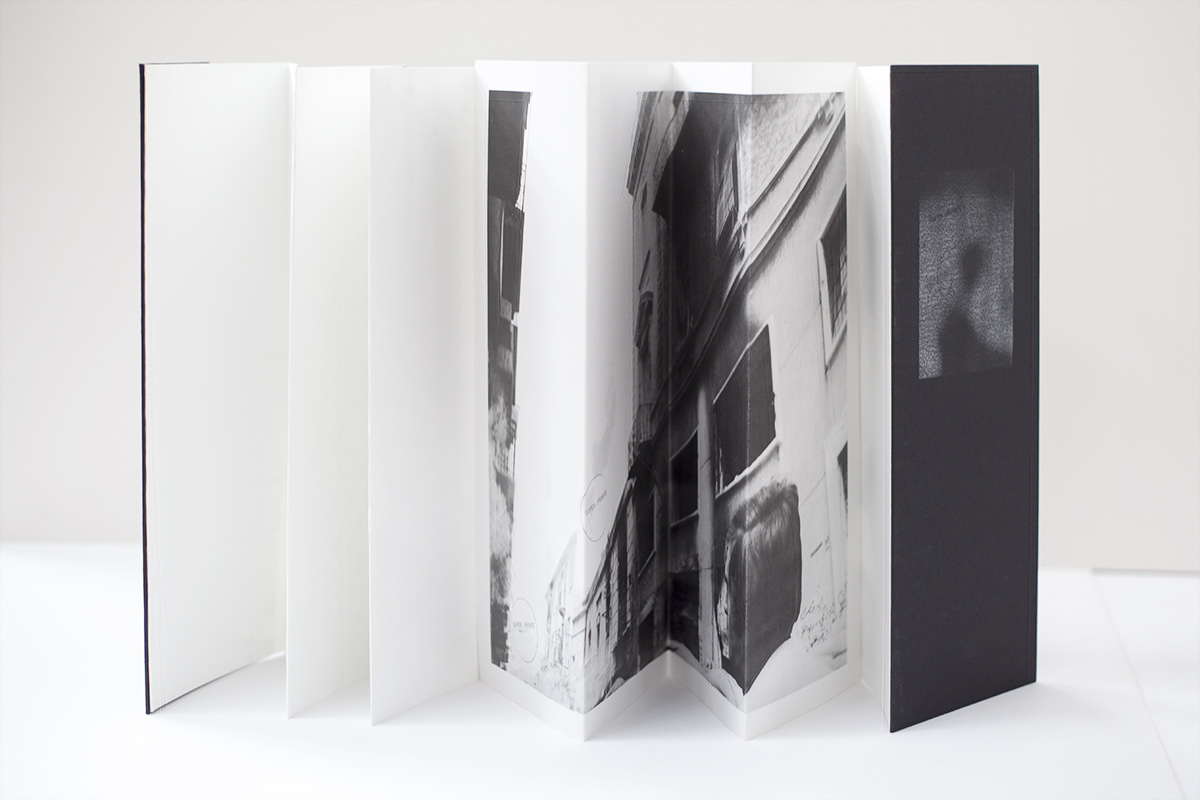 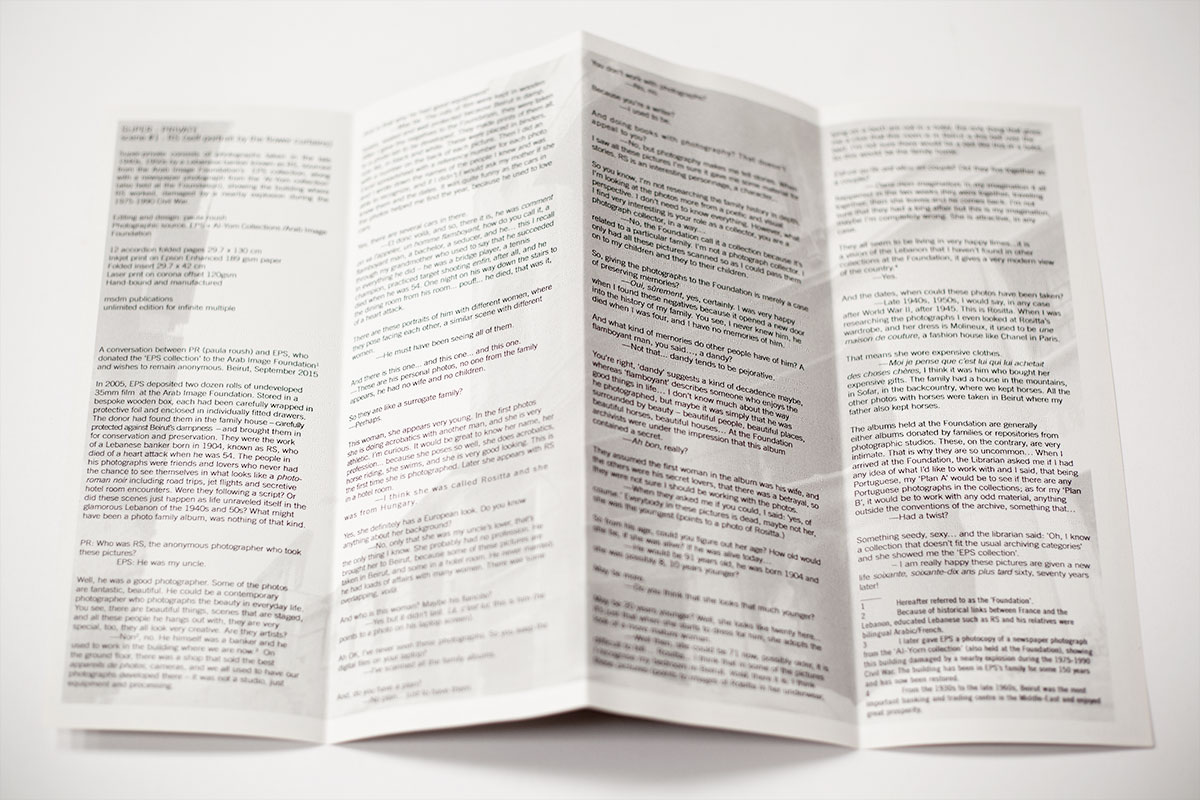 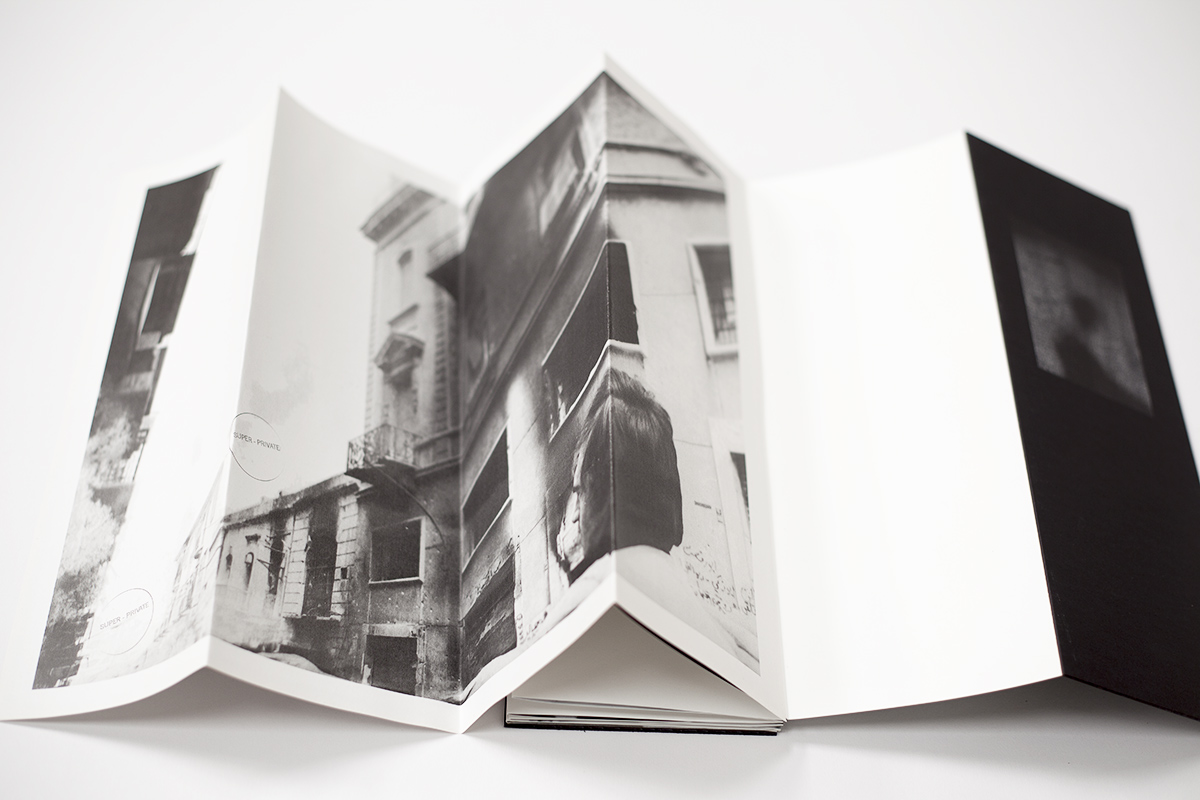 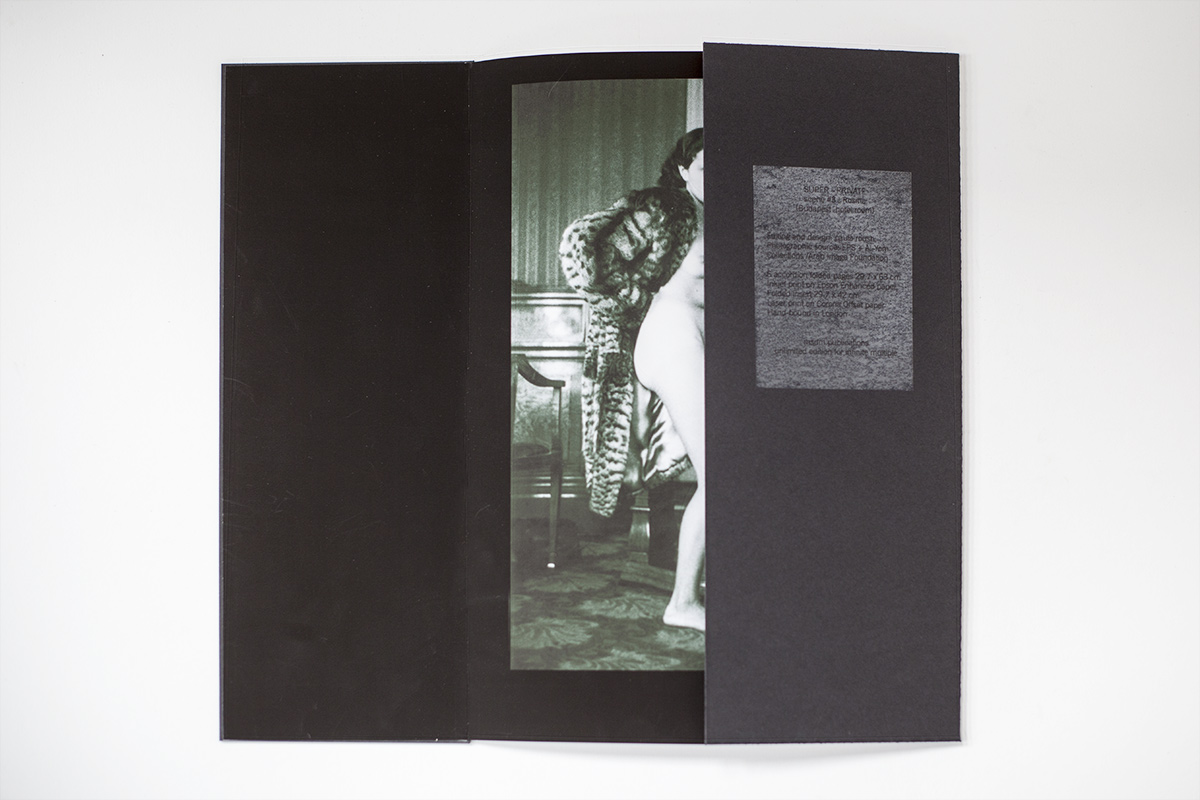 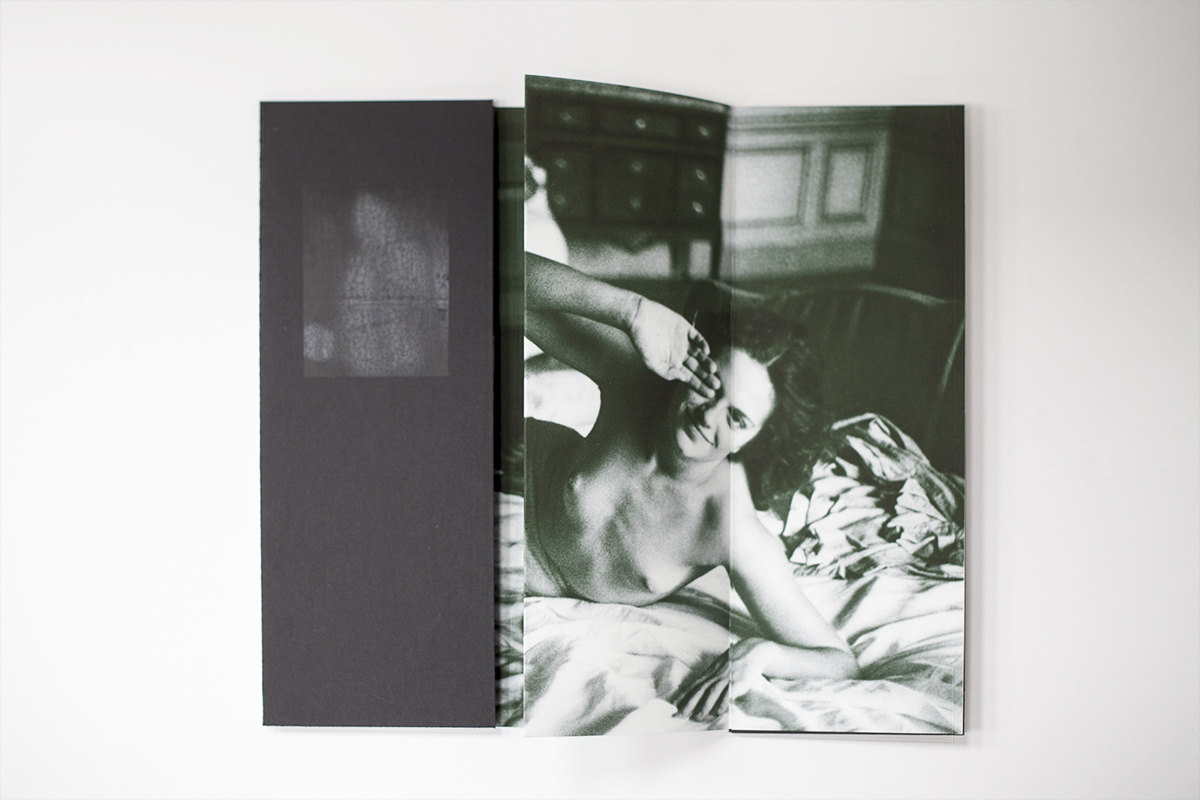 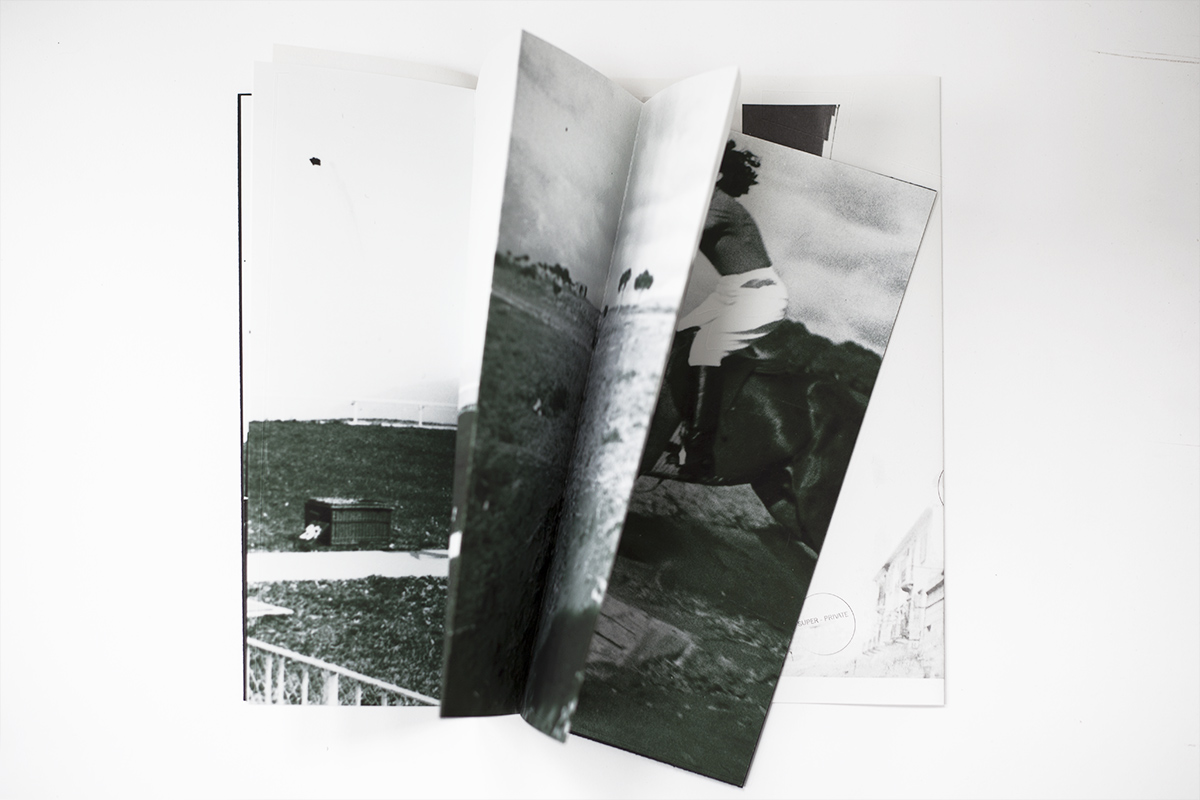 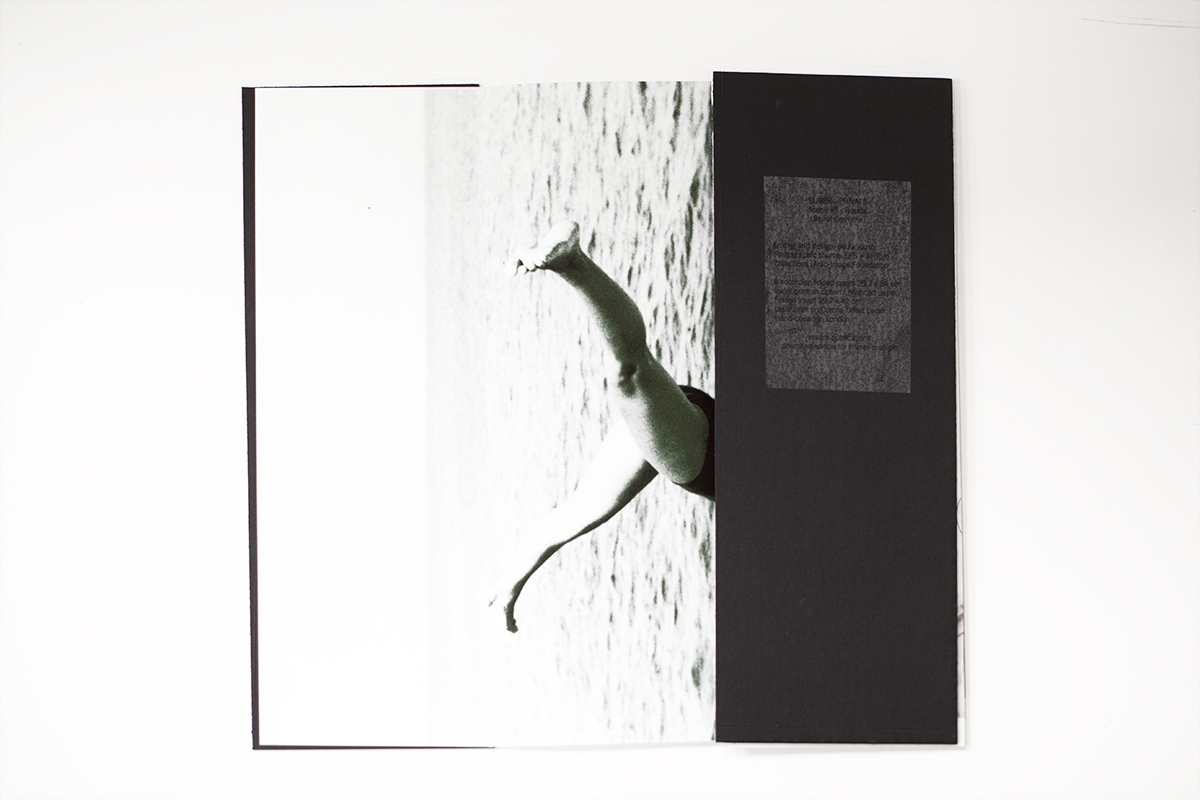 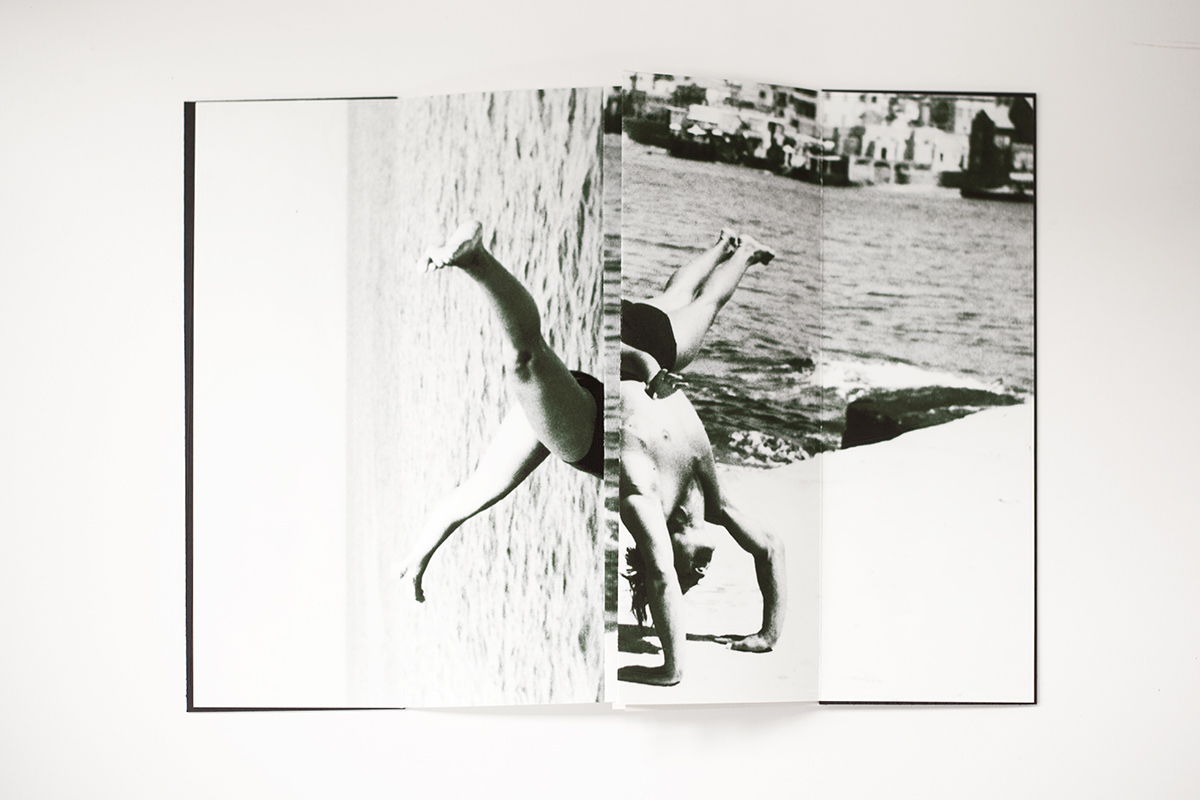 SUPER – PRIVATE   is a set of six accordion books each containing photographs taken in the late 1940s, 1950s by a Lebanese banker known as RS.
The photographs were sourced from the EPS collection as part of
"Torn, Folded, Curled," an archival publishing project developed during a residency at the Arab Image Foundation, a 'MENA (Middle East North Africa)' photographic archive. It brings a new approach to msdm long-standing interest in orphan and vernacular photographic collections.

This residency was primarily focused on sharing archival methodologies
used by the Found Photo Foundation in its exhibitions and publications
[more about FPF here] and exploring the potential of the Arab Image Foundation’s photographic collections [more about AIF here] as a source
for photobook publishing [more about the study here].

In 2005, two dozen rolls of undeveloped 35mm film were deposited
at the Arab Image Foundation by the photographer’s family to be studied
and archived.  Stored in a bespoke wooden box, each film roll was carefully wrapped in protective foil and enclosed in individually fitted drawers.
The donor had found them in the family house – carefully protected against Beirut’s dampness - and brought them in for conservation and preservation.  The films were developed and small size prints organised in two archival binders. The photos were numbered in a chronological order that seemed to narrate a story that remained dormant until paula’s  arrival in Beirut,
10 years later in the summer of 2015.

Born in 1904, RS was ‘un homme flamboyant’ (a flamboyant man)
who remained a bachelor throughout his life. The family remembers him
as a man who succeeded at everything he turned his hand to,
be it bridge player, tennis champion, shooter, horse rider… or seducer.
One evening during a dinner party, while coming down from his room
to the dining room, he died of a heart attack. He was only 54.
The people in his photographs were friends and companions,
creating a unique collection of photographs by an amateur photographer.

His work in the 1950s anticipates the genre of intimate, diarist snapshot aesthetics that has become the hallmark of contemporary photographic art,
a surrogate family album in its own right.
The mysterious atmosphere in the photographs is beyond strict family conventions – it is that of a photo-roman noir including road trips,
jet flights, and secretive hotel room encounters.
Was he following a script? Or did things just happen as life unraveled
itself in a glamorous pre-war Beirut and Lebanon?
What looked like a family album was nothing of that kind.

“Opening myself to chance, to find the totally unexpected, I asked the archivist for something with a twist, any sleazy or sexy material that might be troubling the archive. She brought two heavy grey binders labeled “EPS Collection”, named after the collector. It started like a family album, with pictures of family life in the first volume but then became a record of what seemed like secret love affairs in the second volume. It was ‘super-private,’ I was told, and I might be forbidden to pursue the research any further.  On contacting the donor for permission it was found he was happy for it to be made public, and meet me for a conversation. This was no traditional family album, but rather the work of a Lebanese banker know as RS. And ‘super-private’ became the title of the work.”
[pr]

The work consists of six books, each focused on a different scene, both interiors, and exteriors, including a self-portrait of the photographer with friends. An insert includes a newspaper photograph from the ‘Al-Yom collection’
(also held at the Foundation), showing the building where RS worked,
damaged by a nearby explosion during the 1975-1990 Lebanese Civil War,
and a conversation between pr (paula roush) and EPS, who donated the ‘EPS collection’ to the Arab Image Foundation and wishes to remain anonymous.

Each book focuses on a different scene 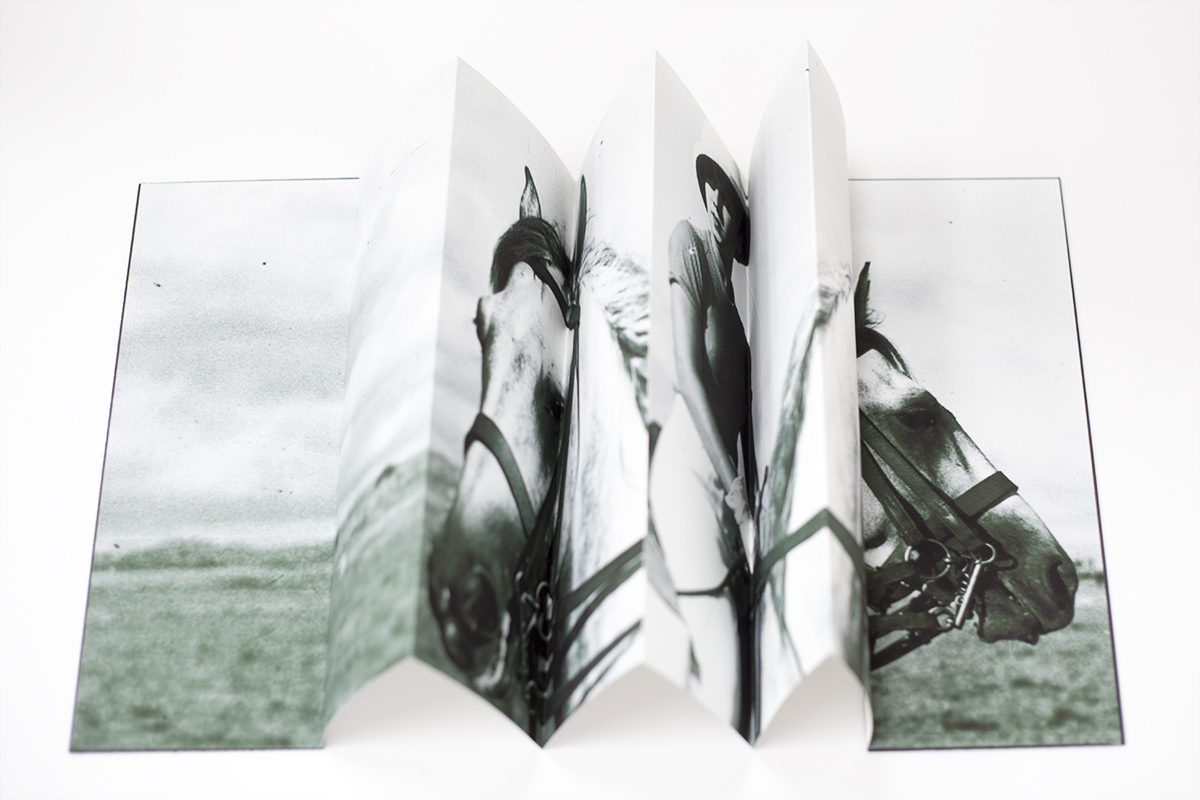 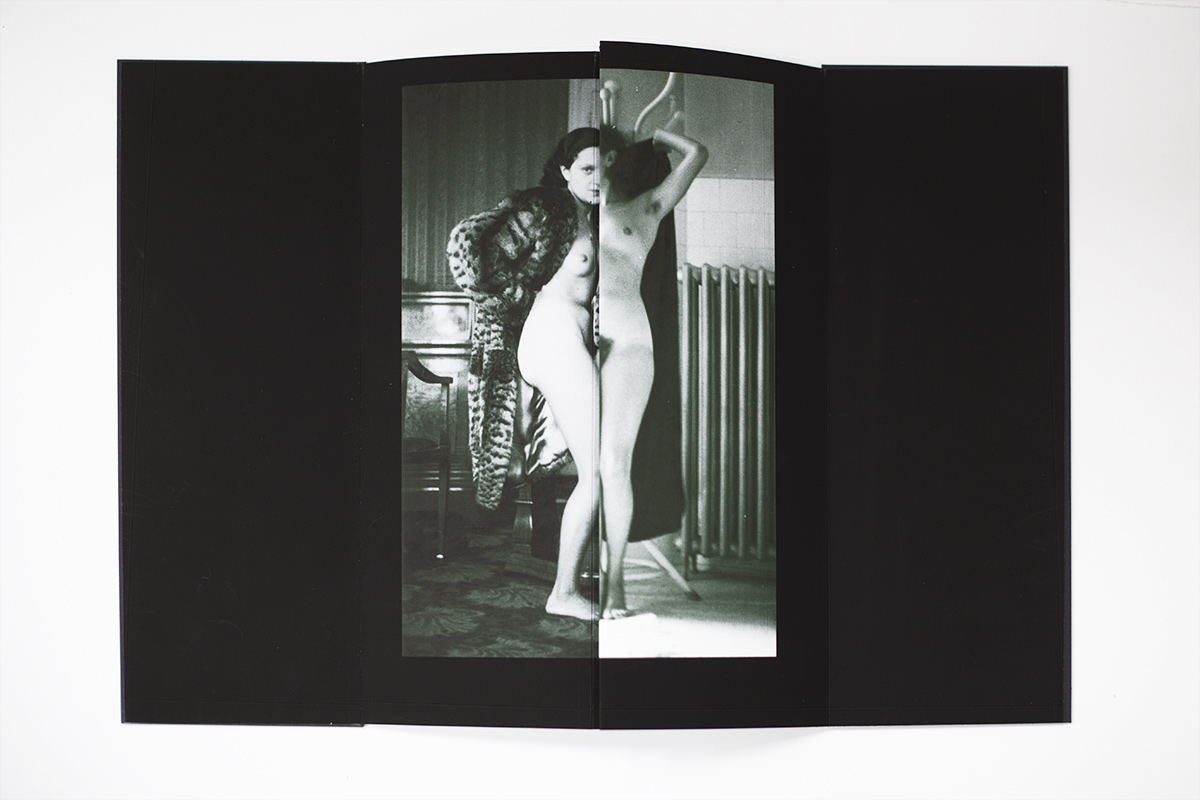 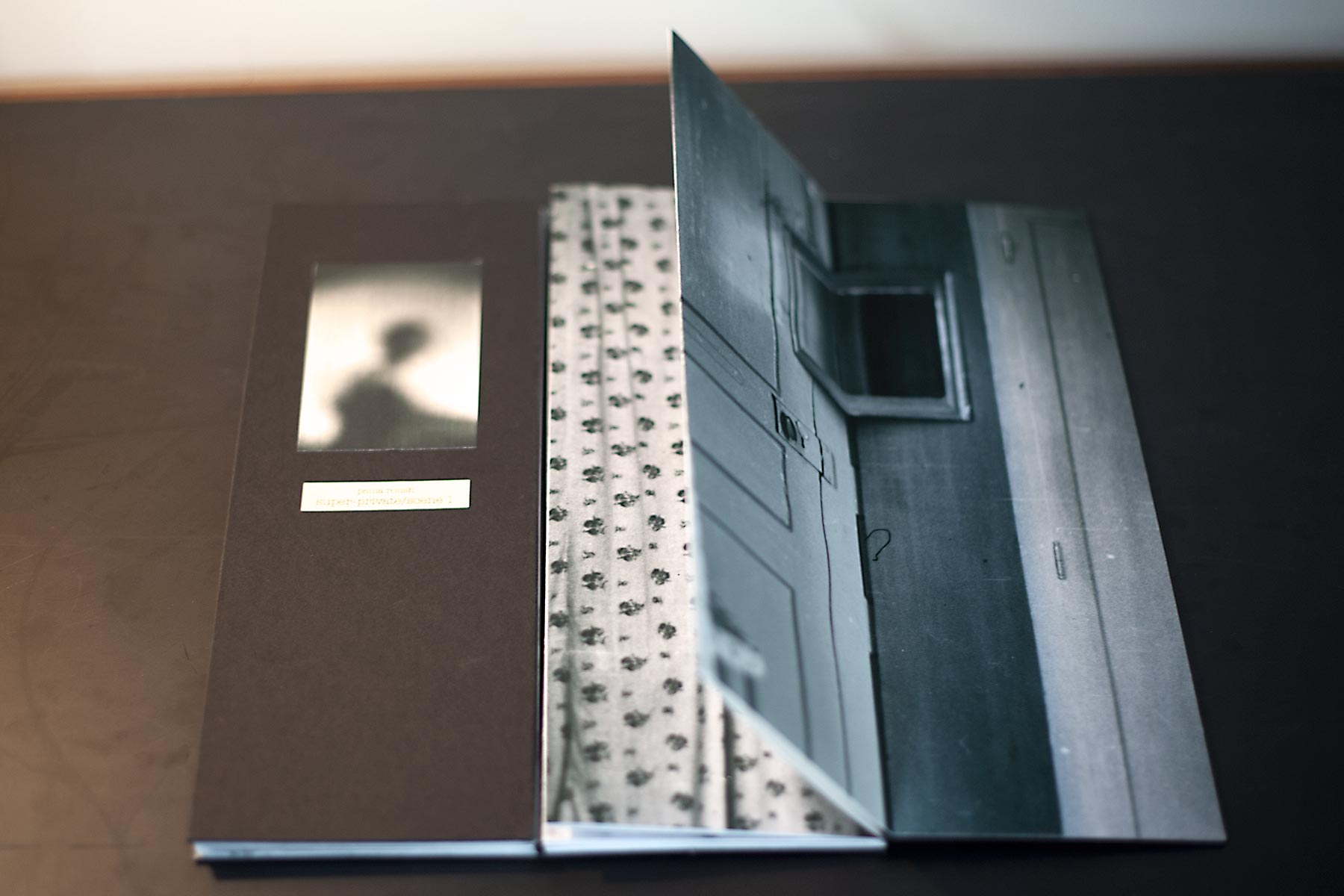 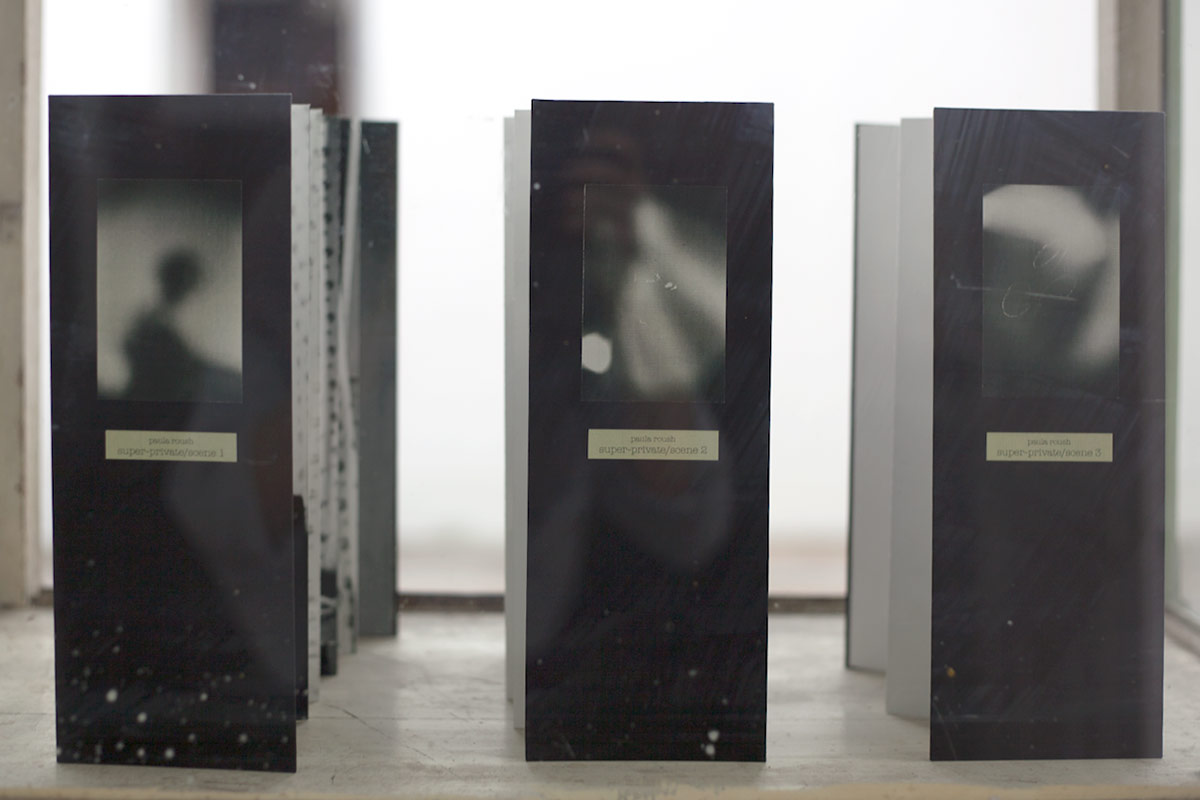 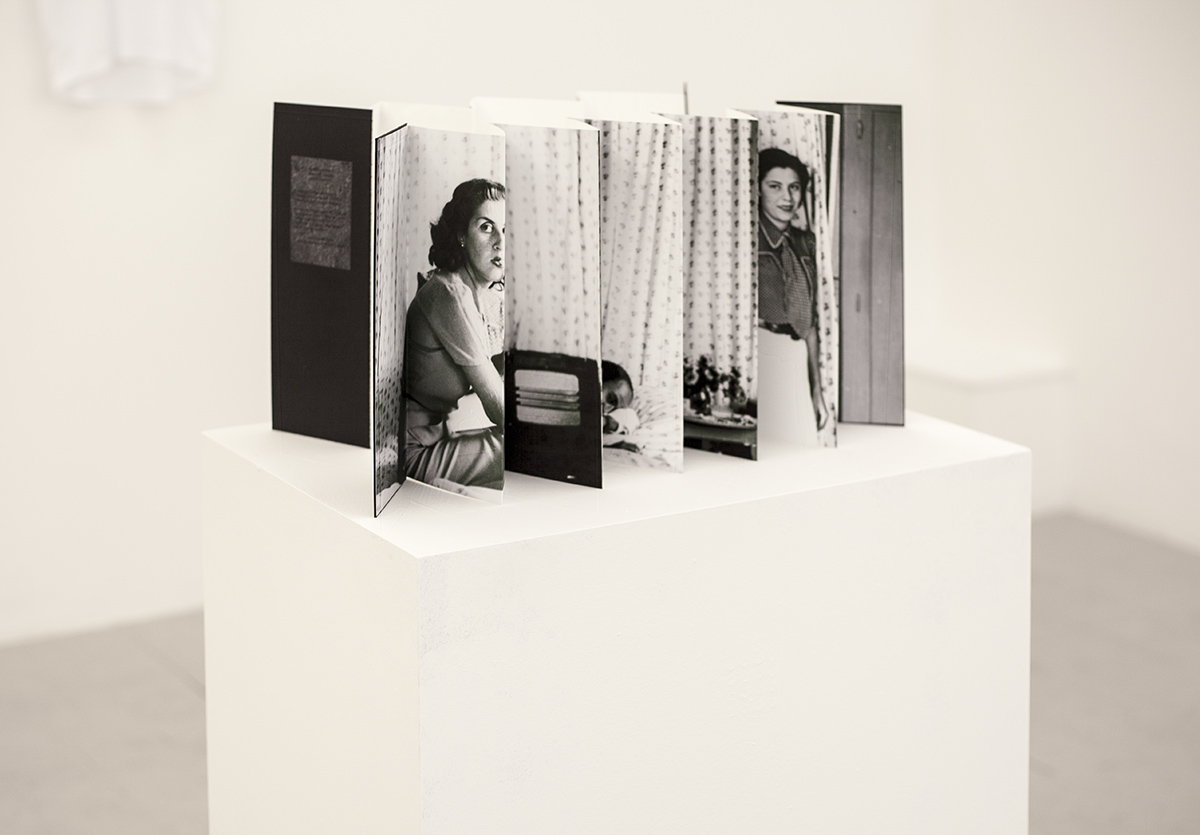 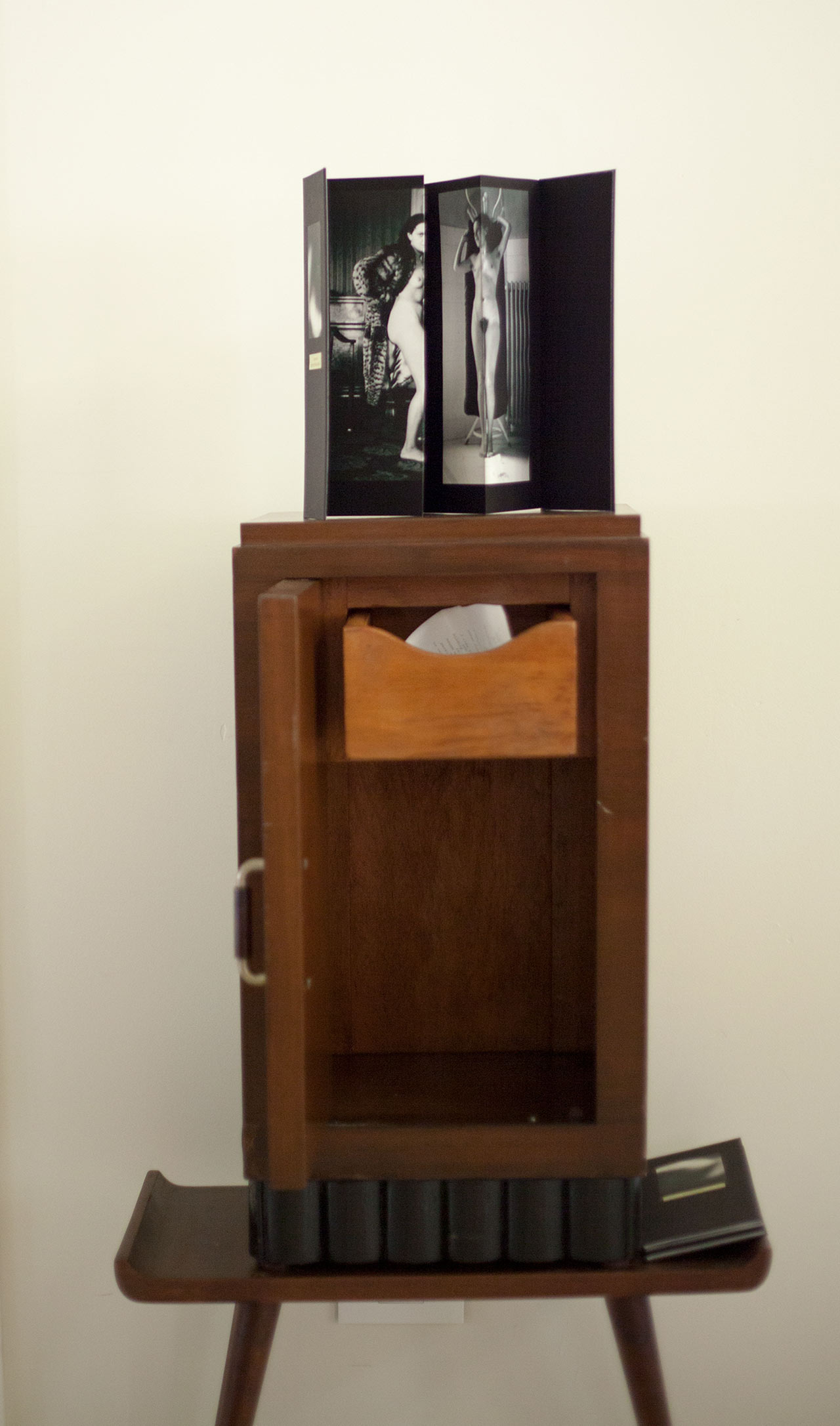