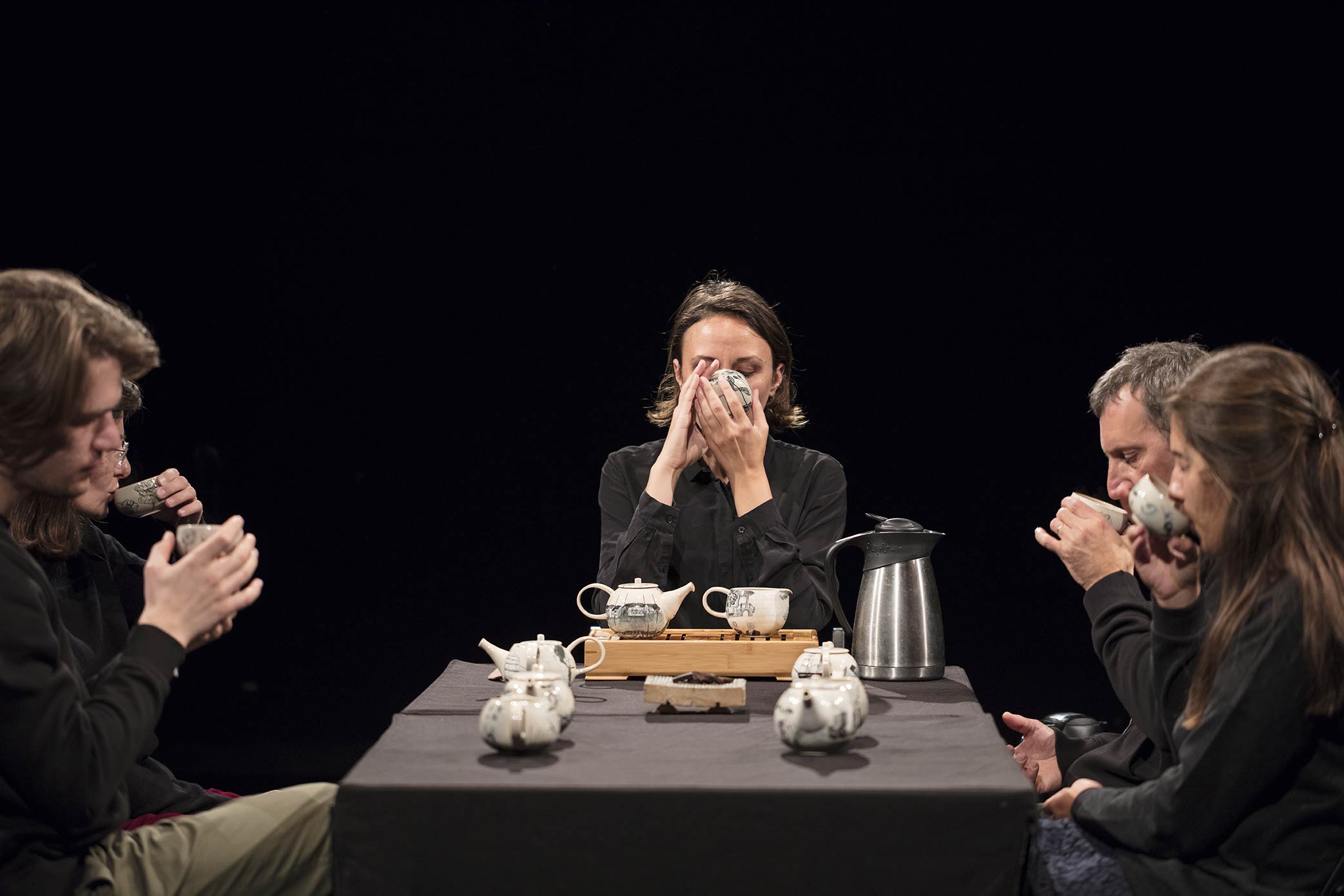 Opium Clippers is both the title of a book and that of a tea ceremony in which Neja Tomšič tells (true) stories about forgotten episodes of world history while making and drinking tea. In the second half of the 19th century and at the beginning of the 20th century the tea and opium trades were some of the most lucrative businesses in the world. At the time they were completely controlled by European colonial powers and corporations enjoying state protection.

Tea for Five is performed as a Chinese tea ceremony during which each visitor is served tea in an individual tea set and the history of each ship is narrated. The central part of the project are five hand painted ceramics tea sets based on traditional Chinese gongfu tea sets. Each tea set illustrates the history of a particular ship, related to opium trade, and consists of a tea cup that depicts the ship; a tea pot that depicts the historical event, and the tea pitcher (chahai) that depicts maps, individuals and events related to the ship.

Neja Tomšič (1982) is a visual artist, poet and writer involved in interdisciplinary practices. She is a co-founder of MoTA – Museum of Transitory Art – a Ljubljana-based research and production platform devoted to transitory art. She lives and works in Ljubljana, Slovenia.
msdm is the acronym for mobile strategies of display & mediation,  and is  a platform for artists sharing an interest for photographic research in exhibitions, editions and publications. The space’s tactical collaborations revolve around publishing, workshops and curatorial projects both at UN8 and abroad.

A book about a suppressed episode in world history: the tea and opium trade, from the colonial era to the present. Opium Clippers by Neja Tomšič  is  published by Rostfrei Publishing