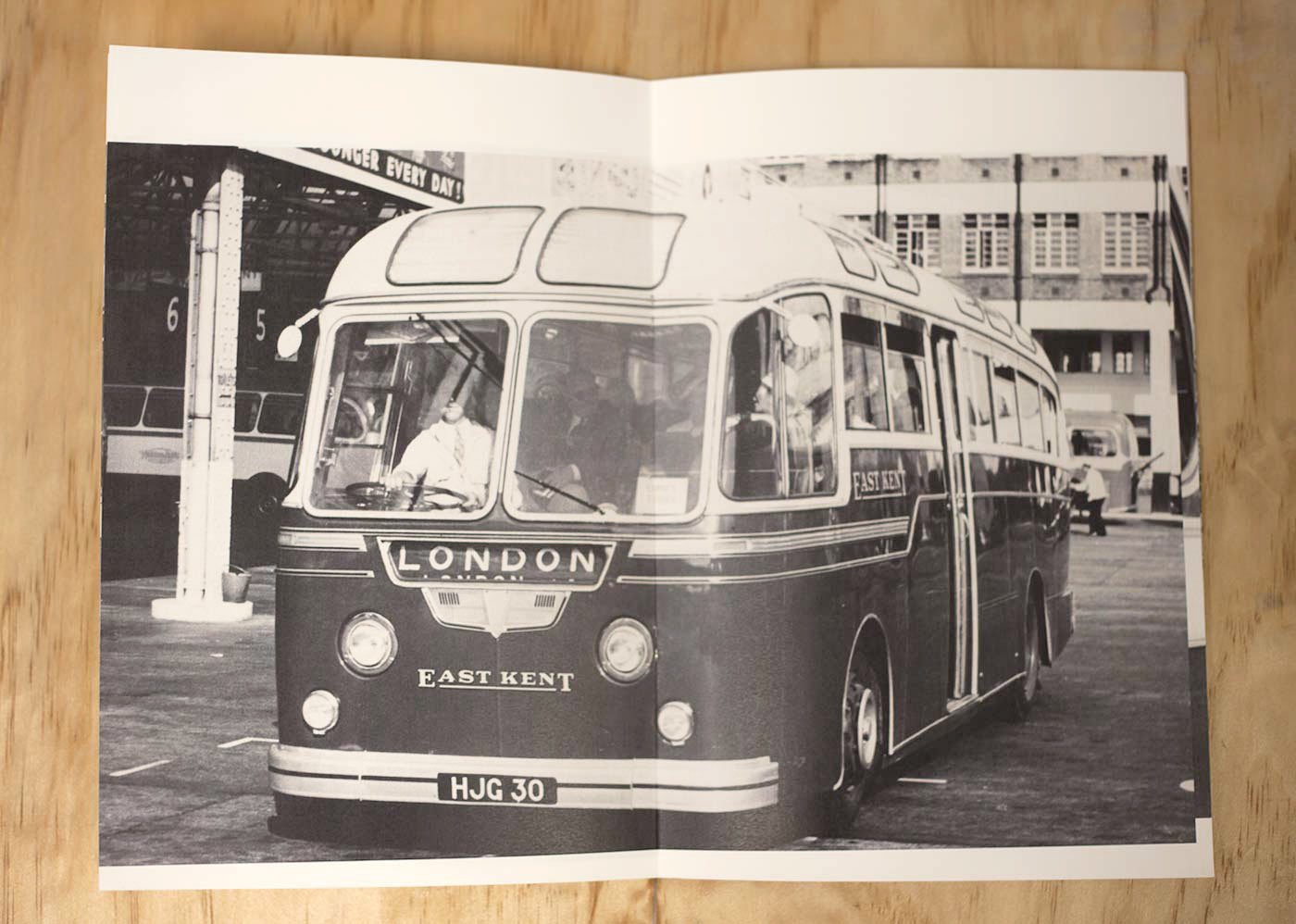 I perhaps don’t have the words to describe what I’m seeing, since I work on film rather than photography. But there was lots that I could see that reminded me of moving images.  I especially like the layout of the two bus series. Bleeding some of the images across the page edge worked especially well for me; it reminded me as a reader/viewer of the editing process that went into producing the book, and I also liked the way it plays with the expectation that a cutaway or a close up will reveal the truth of the image, whereas actually it’s often just another layer or perspective that becomes visible.

I also enjoyed the dynamism that is introduced by juxtaposing two or more images; it brings the buses back into movement, whereas the single shots seem to freeze them in time. Plus of course, as you said yesterday, what become visible when the edges of the image are selected are the everyday stories that circulate around the buses as groups gather around them, or individuals pass across the shot.

Another thing: the story of the excursion was exquisite – it tells a history of ordinary (working-class) people going about their  business, but also taking their lives in their hands, having places to go and things to do – collectively. Again, the serial organisation accentuates the mobility of the crowd – so the photographs move away from documenting a moment, and start to embody the movements and feelings of the group excursion as a social experience in history

Erica Carter,  Professor of German and Film, King’s College London, comments to paula's presentation of BUS-SPOTTING + A STORY  during "Chaos of memories- Surviving archives & the found photo foundation" for the launch of Order and Collapse: The lives of Archives April 2016